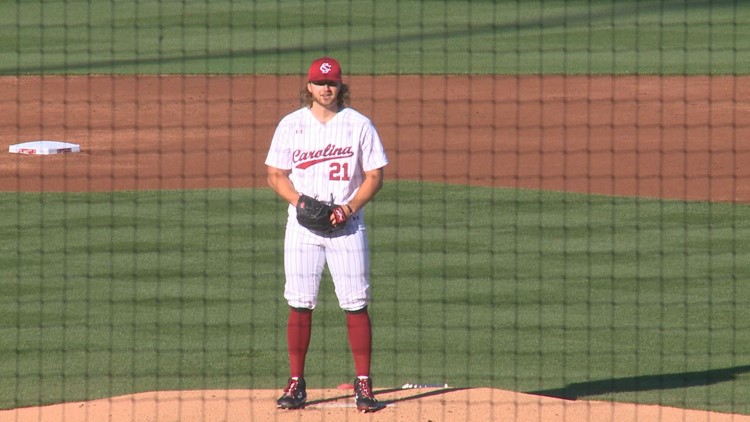 Redshirt sophomore Carmen Mlodzinski pitched seven scoreless innings and the Gamecocks scored six runs in the first inning on their way to a 10-0 win over Holy Cross in the first game of the 2020 season.

Bryant Bowen smacked a three-run home run as part of that first inning. Andrew Eyster hit a solo home run in the second for a 7-0 lead.

Mlodzinski allowed six hits and he struck out three as the Gamecocks won on Opening Day for the first time under head coach Mark Kingston who cranked up his third year at the helm with a dominating win over the Crusaders. It marked the first shutout on opening day since 2009.