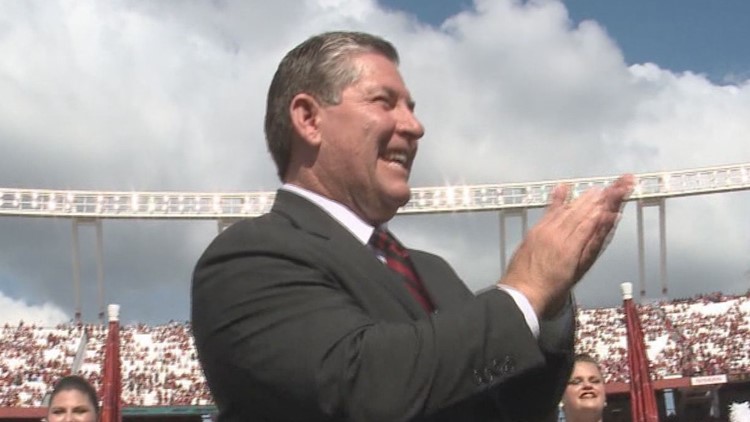 Gamecock athletics director Ray Tanner met the media in a virtual news conference on Friday where he touched on a number of topics concerning his department.
Author: Reggie Anderson
Published: 10:25 PM EDT May 22, 2020
Updated: 10:28 PM EDT May 22, 2020

On September 5, the Gamecock football team will open the 2020 season at home against Coastal Carolina. How many fans will be in the stadium is still in the process of being determined. South Carolina athletics director Ray Tanner said Friday that in spite of the uncertain future in terms of attendance, he feels good about where things stand currently.

“We have to study it. We have to understand we could have a game with no fans," Tanner said.

"You could have a game with social distancing. How many do you get into your stadium? We’ve done some extensive work on that, but I’m not in a position to say what it would be or what it means or who gets priority and who doesn.t that’s still too be determined. I would hope we’d be in a great spot come September 5. If we aren’t, we’ll adjust.”

All of this uncertainty is due to COVID-19 which caused the entire sports landscape to come to a screeching halt in mid-March. Only this week did live sports return with a trio of NASCAR races in Darlington and a charity match involving PGA Tour stars.

But the pandemic has caused some universities to make some tough choices due to the lack or revenue. Earlier this week, Furman announced that it will cut the baseball program in an effort to save money. Tanner's department announced that a number of coaches and administrators are taking pay cuts. Tanner himself, along with Will Muschamp, Frank Martin and Dawn Staley are all taking a voluntary 10 percent pay cut starting in July which is the start of the new fiscal year. Cutting sports would represent the most drastic cuts of all, something Tanner did address when he was asked about the men's soccer program which competes in Conference USA. The program's only head coach in its history is set to retire after the 2020 season. But Tanner quickly shot down the thought that he would have to pull the program on a program which not only has a rich tradition but also is a sport that reaches throughout the community in terms of youth participation and overall popularity.

“We’ve had men’s soccer for a long time," Tanner said.