The 22nd-ranked Gamecocks will be in Raleigh for the first weekend of the NCAA Regionals. 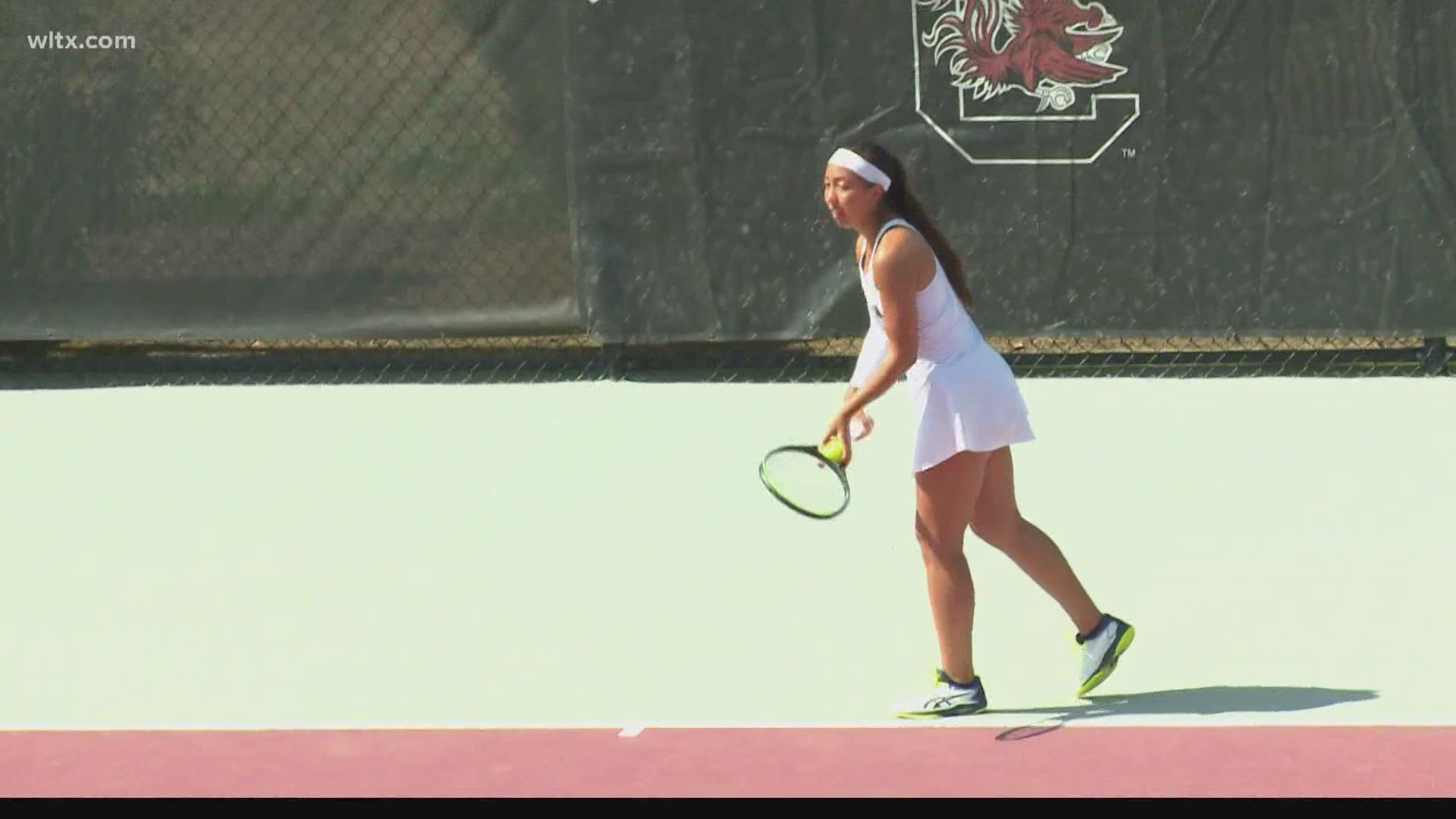 COLUMBIA, S.C. — The 22nd-ranked South Carolina women's tennis team will be in Raleight for the opening round of the NCAA Tournament.

Carolina brings a 12-11 record into postseason play and finished with a 7-6 record in the SEC during the regular season. Mostly recently, head coach Kevin Epley led his team to the semifinals of the SEC Tournament after South Carolina defeated Vanderbilt in the second round and Florida in the quarterfinals. The Gamecocks suffered a 4-2 setback to Texas A&M in the semis to end their run in the SEC Tournament.

It's been quite the turnaround of late for the Gamecocks who were struggling with a 4-9 record overall and just 1-5 in the SEC.

But with their NCAA Tournament chances slipping away, the team rallied to win six consecutive matches. They wil enter the NCAA Tournament having won eight of their last 10 matches and also, South Carolina has defeated a higher ranked time on seven occassions this season.