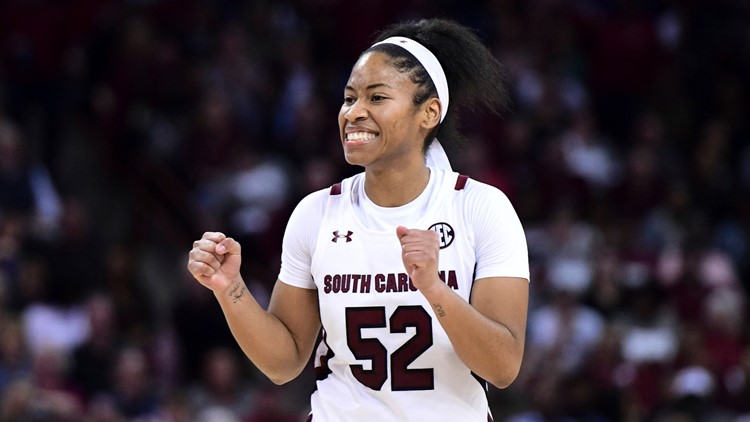 Harris is a finalist for the Naismith Award

The college basketball season may have been cut short but that hasn't stopped that sport from honoring excellence.

Case in point - South Carolina senior guard Tyasha Harris who is one of four finalists for the Citizen Naismith Player of the Year award. Harris is vying to become the second Gamecock to win that award after A'ja Wilson did so in 2018.

This announcement comes less than 24 hours after she was named the winner of the Dawn Staley Award by the Phoenix Club of Philadelphia. That award is named after the Philly native and goes to the player who exemplifies the traits that Staley showed during her playing career - ball handling, scoring, the ability to distribute the ball and the will to win.

Harris is the program's all-time assists leader with 705 and she was recently named First Team All-SEC for the first time after posting a career high 12.0 points per game scoring average.