Back in the day with Shane Beamer

New South Carolina head football coach Shane Beamer looks back on his coaching path after his first stop in Columbia. 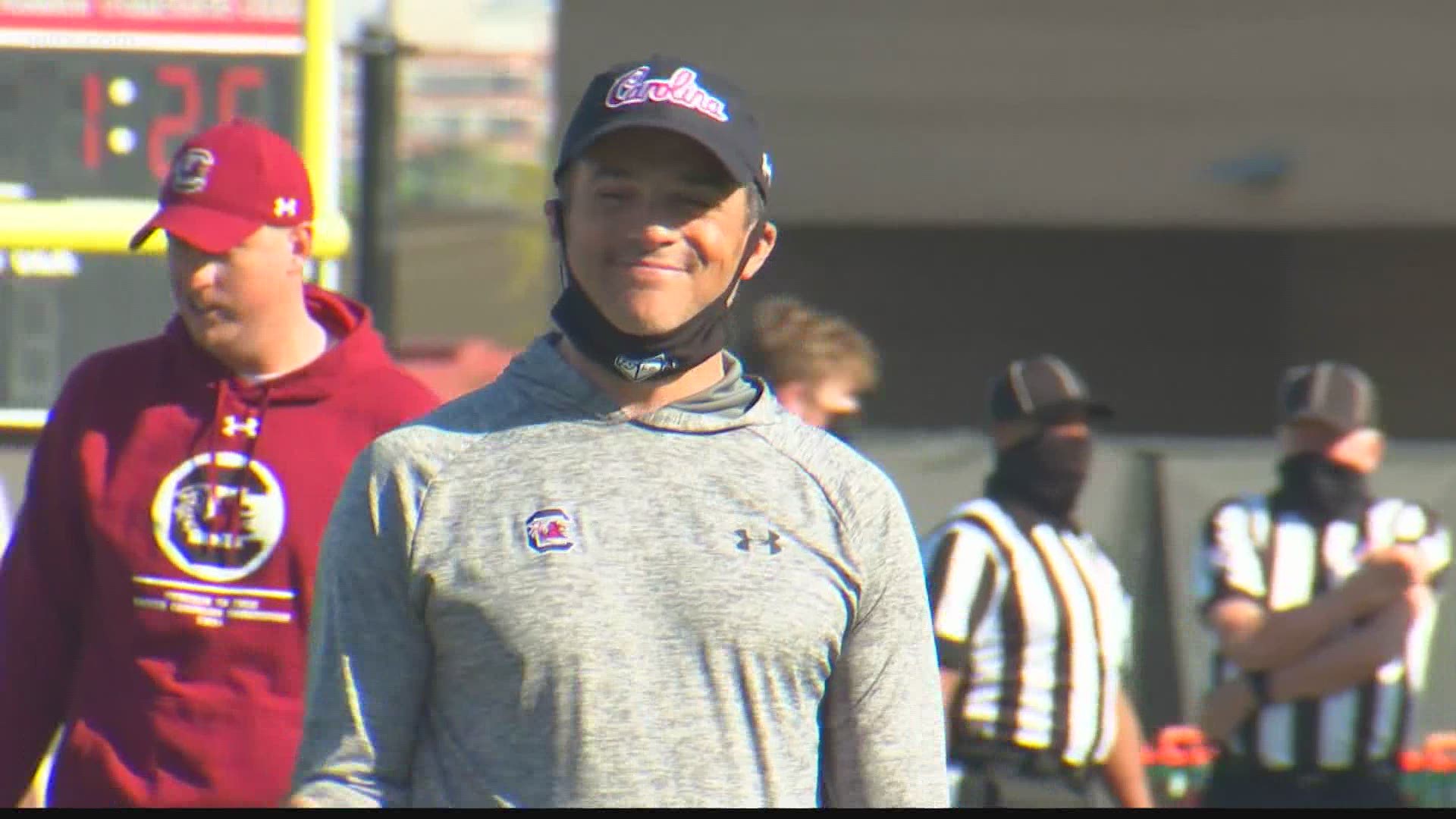 COLUMBIA, S.C. — Shane Beamer's first stop in Columbia saw him hold down a variety of duties including special teams coordinator and recruiting coordinator along with coaching the linebackers and defensive backs.

After working under the HBC from 2007-2010, Beamer added to his resume by working at Virginia Tech, Georgia and most recently, Oklahoma.

Beamer says the experience of working under some high-profile first-time head coaches is paying dividends now as he enters his own inaugural season as the coach in charge.

"The coaches I've been around, the roles I've been in and the places I've been at, leaving here and going to coach with my Dad at Virginia Tech and the different roles I was given there, to do different things in more of a head coach mentality," Beamer recalls.

"Going to Georgia with Kirby Smart in the first year he was a head coach at Georgia and being able to see how he took over as a first time head coach. Some of thing he did and the things I learned about that program coming from Coach Saban at Alabama and they way they did things, was a great learning resource and a great opportunity for me. And then being able to go out to Oklahoma get around Lincoln Riley and be right there in the middle of that offense that we were running at Oklahoma. To see the whys and the hows of how we did things. But also, another first time head coach.

"Being able to see the things he did good, but he would tell you some of the mistakes he made also - was a good learning experience for me as I sit in this chair now."