Satterfield is campaigning for Jordan Burch to play TE

Jordan Burch played offense at Hammond and South Carolina offensive coordinator Marcus Satterfield would love to see Burch return to that side of the ball. 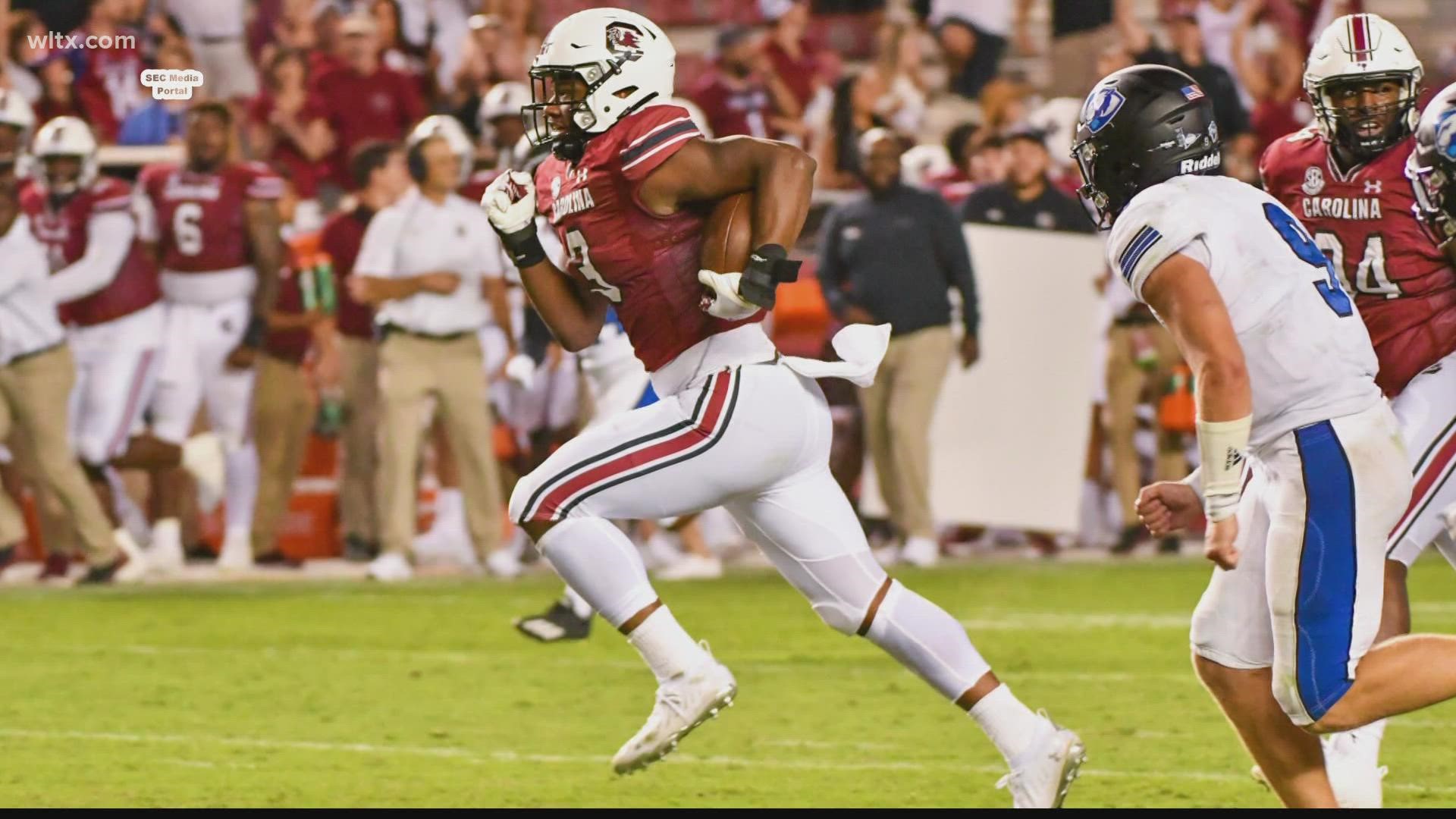 COLUMBIA, S.C. — Marcus Satterfield may not be applying a full-court press on Shane Beamer but perhaps a halfcourt trap might be an appropriate term.

In Saturday's season opening win over Eastern Illinois, Burch capped off the scoring with a 61-yard interception return for a touchdown.

When Burch was starring at Hammond, Burch not only dominated on defense but the Skyhawks made sure Burch was utilized on offense where he lined up at receiver and running back. Satterfield says Burch's TD the other night "was the most natural run and catch I've seen in a long time".

But in spite of Satterfield's almost daily pleading, Beamer remains stedfast in his belief that right now, Burch needs to concentrate on being the best Edge he can be. In the meantime, Satterfield will continue his campaign to allow Burch to play in the third phase of the game as Jordan is also assisting on special teams while also making an impact on the edge.