South Carolina running back Kevin Harris is on the watch list for another national award. 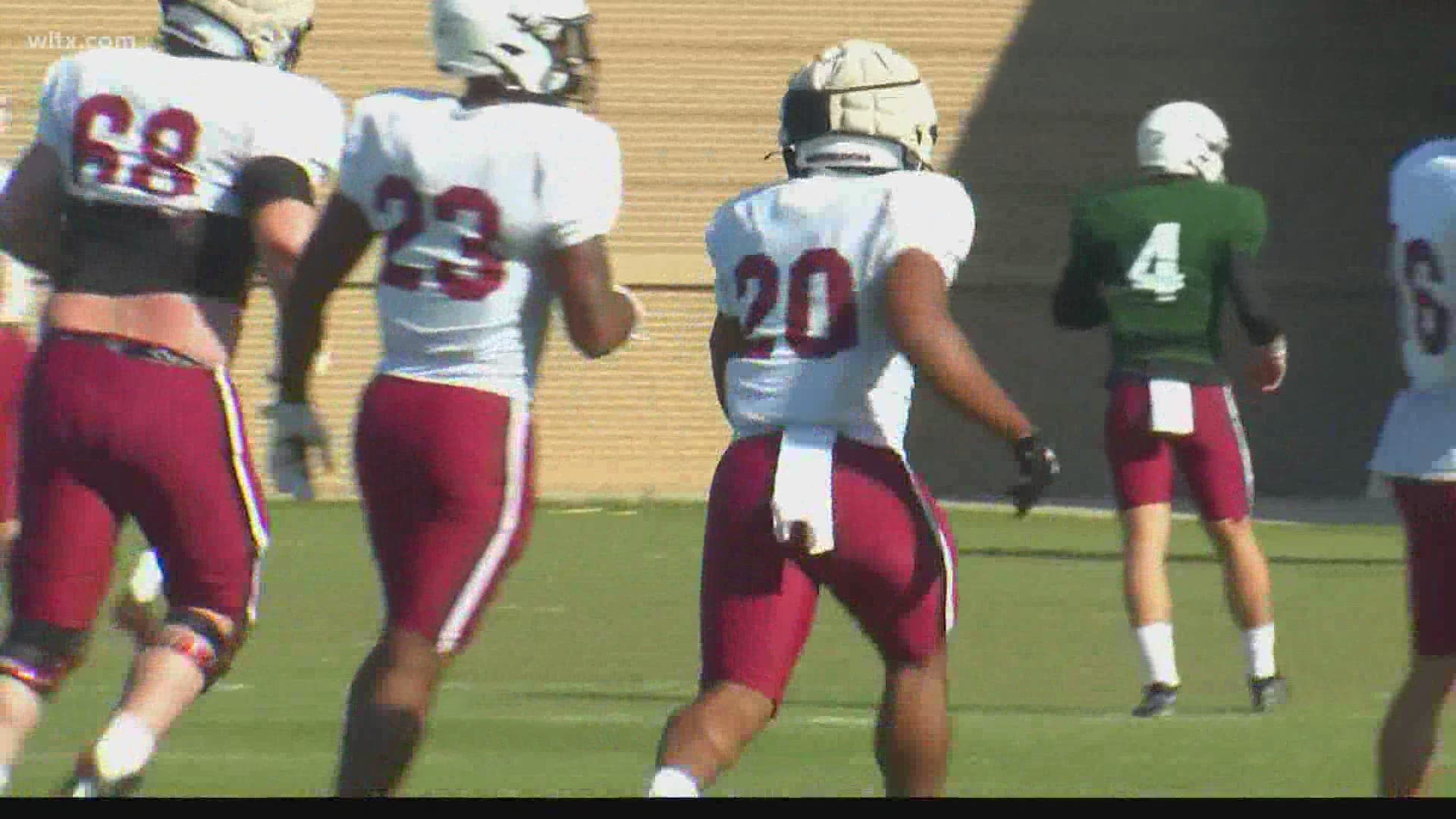 COLUMBIA, S.C. — South Carolina running back Kevin Harris has been named to the watch list for the Doak Walker Award which goes to the top running back in college football, the PwC SMU Athletic Forum announced.

An All-SEC First Team selection in 2020 by the Associated Press and a Second Team All-SEC pick by the league coaches, Harris was not only anyone's radar but he burst onto the scene as a sophomore, leading the SEC in rushing at the end of the 10-game regular season. His 1,138 yards also ranked seventh nationally at the time and was the fifth highest single season total in school history.

The award is named for SMU's three-time All-America running back Doak Walker. It is the only major collegiate award that requires all candidates to be in good academic standing and on schedule to graduate within one year of other students of the same classification.

Earlier this week, Harris was named to the watch list for the Maxwell Award which goes to college football's player of the year.

This week, he will be presented with the Blanchard-Rogers Trophy by the South Carolina Football Hall of Fame. The "South Carolina Heisman" is named after Heisman Trophy winners Doc Blanchard and George Rogers who both have ties to the state. Blanchard was born in McColl and won the Heisman Trophy while playing at Army. Rogers was born in Duluth, Georgia and won the 1980 Heisman while playing for the legendary Jim Carlen.