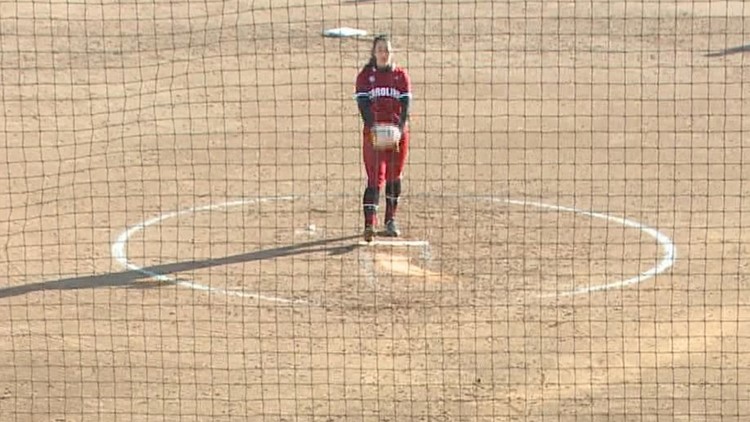 Gamecock pitcher honored by the SEC

The South Carolina softball team is off to a 4-0 start to the 2020 season after a clean sweep in the Carolina Classic over the weekend.

Three of those wins were recorded by junior Kelsey Oh who has been named the SEC Pitcher of the Week, the league office announced on Monday.

Oh (3-0) had wins over Ohio State, Southern Illinois and UNCG with 22 strikeouts and just one extra-base hit allowed. A junior from Verona, N.J., she capped the weekend with four innings of action against the Spartans on Sunday night with eight strikeouts in 15 batters faced.

This is Oh's first career SEC Pitcher of the Week honor.