The joy of coaching at Carolina

Shane Beamer has embraced all aspects of his first head coaching job since being hired in December. 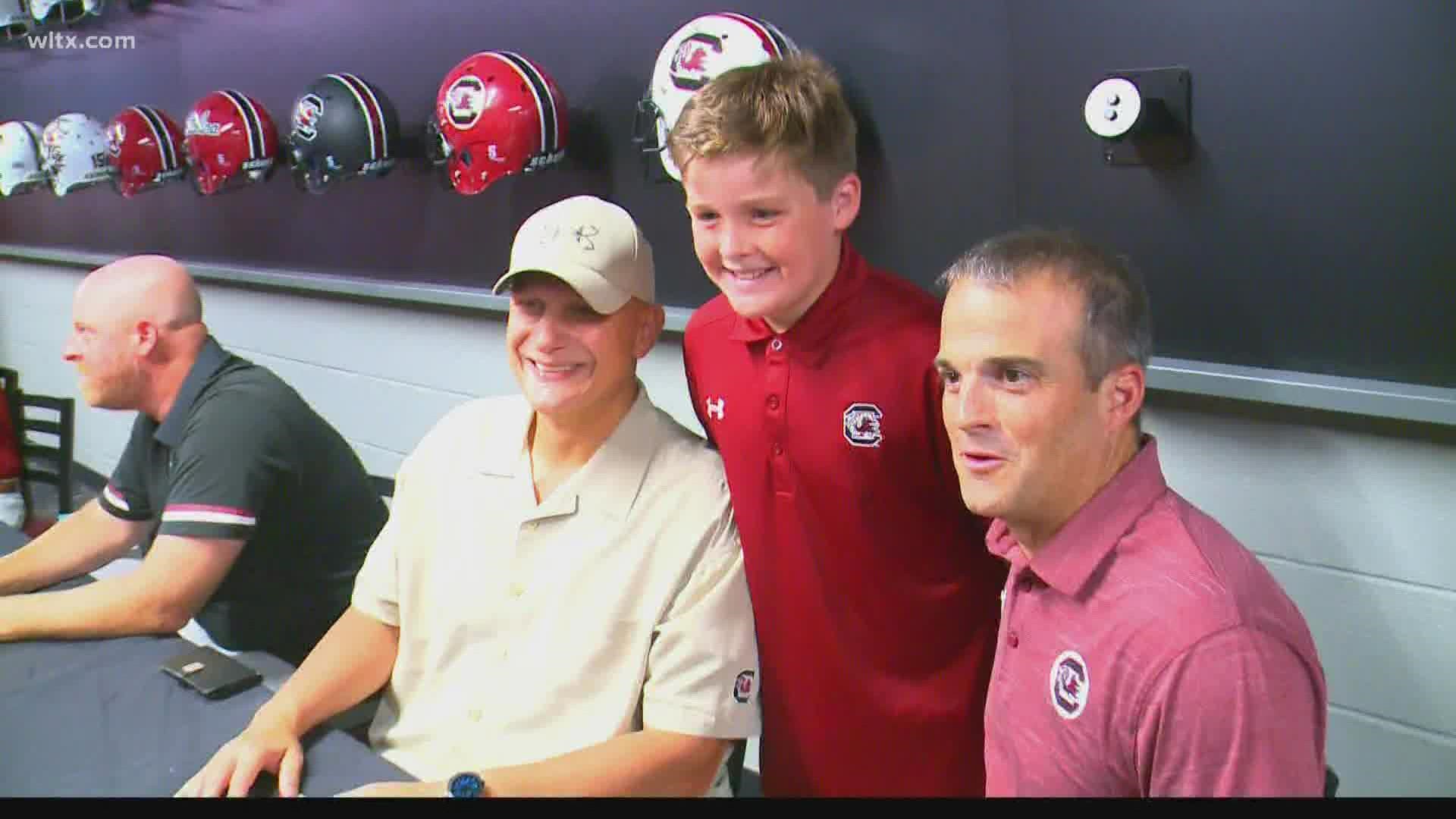 COLUMBIA, S.C. — Since being hired as South Carolina's head football coach, Shane Beamer has been quite visible.

From a media blitz early in his tenure, Beamer's list of duties has included spring practice which ended in late April, kicking off his Welcome Home Tour in May, hosting numerous recruits in June as in-person recruiting returned June 1, appearing a SEC Media Days in July while also speaking at the final Welcome Home Tour stops and hosting his "Birdies with Beamer' media gofl outing.

Those have been the highlights from Beamer's first seven months on the job and now with the calendar turning to August, he is about to enter his first preseason which will lead into his official debut on September 4.

Beamer's constant level of joy is not to be confused with naivete about what lies ahead in the fall. Beamer says he understands that the SEC is a "pressure cooker" and if his were to lose a game, he would not come into his weekly news conference with a big smile on his face.

But he clearly is enjoying being the head football coach at South Carolina and all of the responsibilities that come with a job that he has thought about ever since his days as an assistant under Steve Spurrier.