South Carolina head basketball coach Frank Martin is starting to feel and sound like his old self before COVID came after him for a second time. 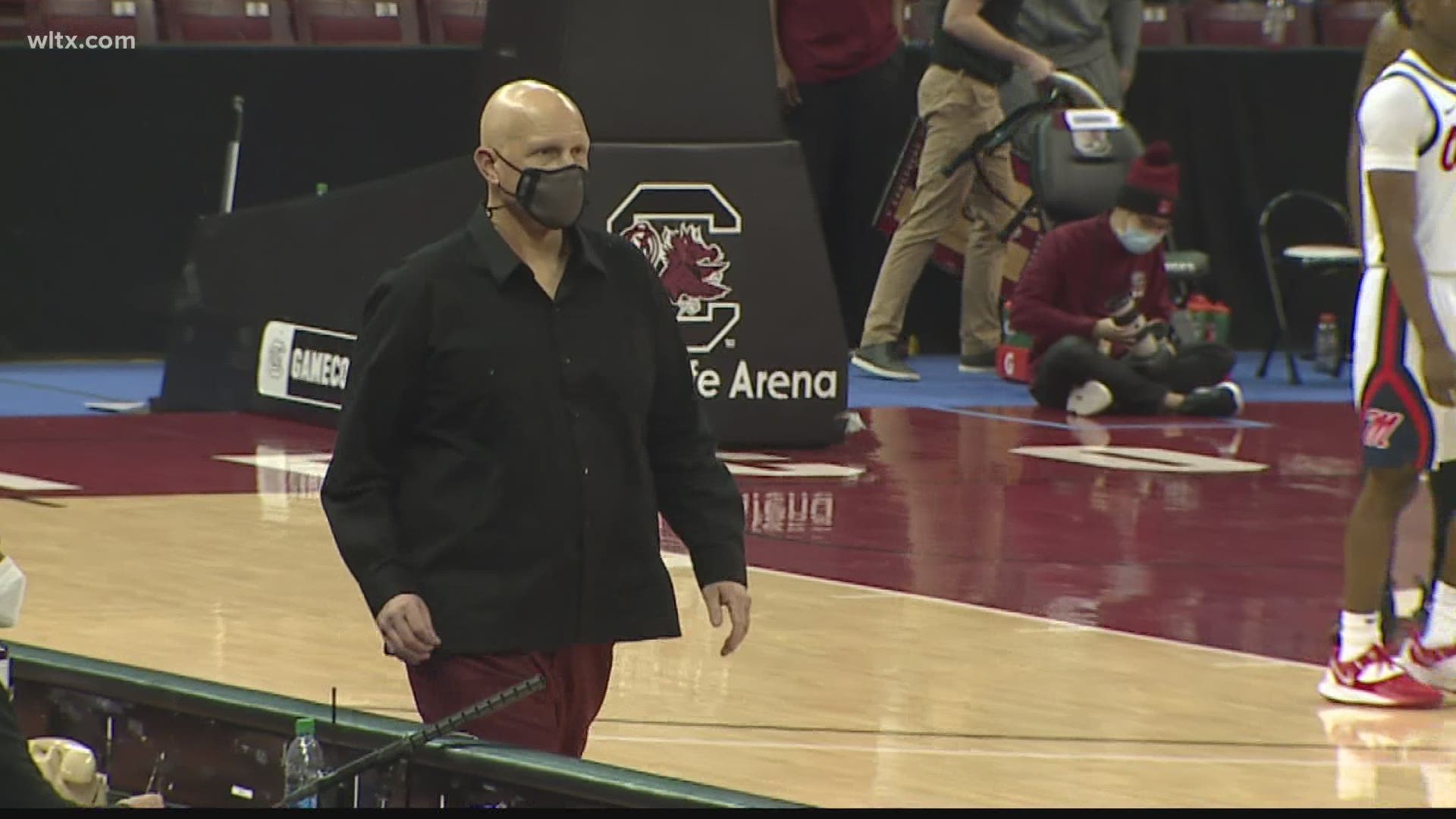 COLUMBIA, S.C. — South Carolina head basketball coach Frank Martin sounded as upbeat as he has been in months.

His second round against COVID was much more challenging than the warmup act in May. Martin was so overwhelmed by the virus in January that he openly admitted that he had thought about opting out and focusing on his health. But he said at the time that his obligations to his team and athletics director Ray Tanner kept him coming back to the office.

“I answered that question two days removed from testing positive from COVID. I felt like crap. I went home and I didn’t know if I was going to make it to the finish line. Find Mike Tyson. I’m ready to go 15 rounds. I feel a lot better. This is the only thing I know how to do, which is coach. On January 18, that was right after the LSU game when I first got back. I didn’t feel well. I didn’t have any energy. COVID beat the living snot out of me,” Martin said.

After missing the LSU game because of the positive test, Martin returned for the Missouri game and has been courtside for the last seven games. On Tuesday, Martin's zoom session with the media saw him state unequivocally that he want to continue coaching.

“Don’t get that comment twisted that I’m looking to quit basketball. This is all I know, man. All I know is work. I’ve been working; since I was 13 I’ve had a job,” Martin said.

“I feel good again. I’m in the weight room again. I’m ready to go man. I can’t wait for practice everyday. January 18, I said what I felt but I feel really good right now.”

Martin made some news Tuesday when he announced starters Jermaine Cousinard (ankle) and Justin Minaya (head) will miss the Tennessee game after suffering injuries in the Ole Miss game. Both Jermaine and Justin have started every game this season.