Beamer expects Doty to be ready for Georgia

South Carolina quarterback Luke Doty has not played in the first two games of the season as he continues his recovery from a sprained foot. 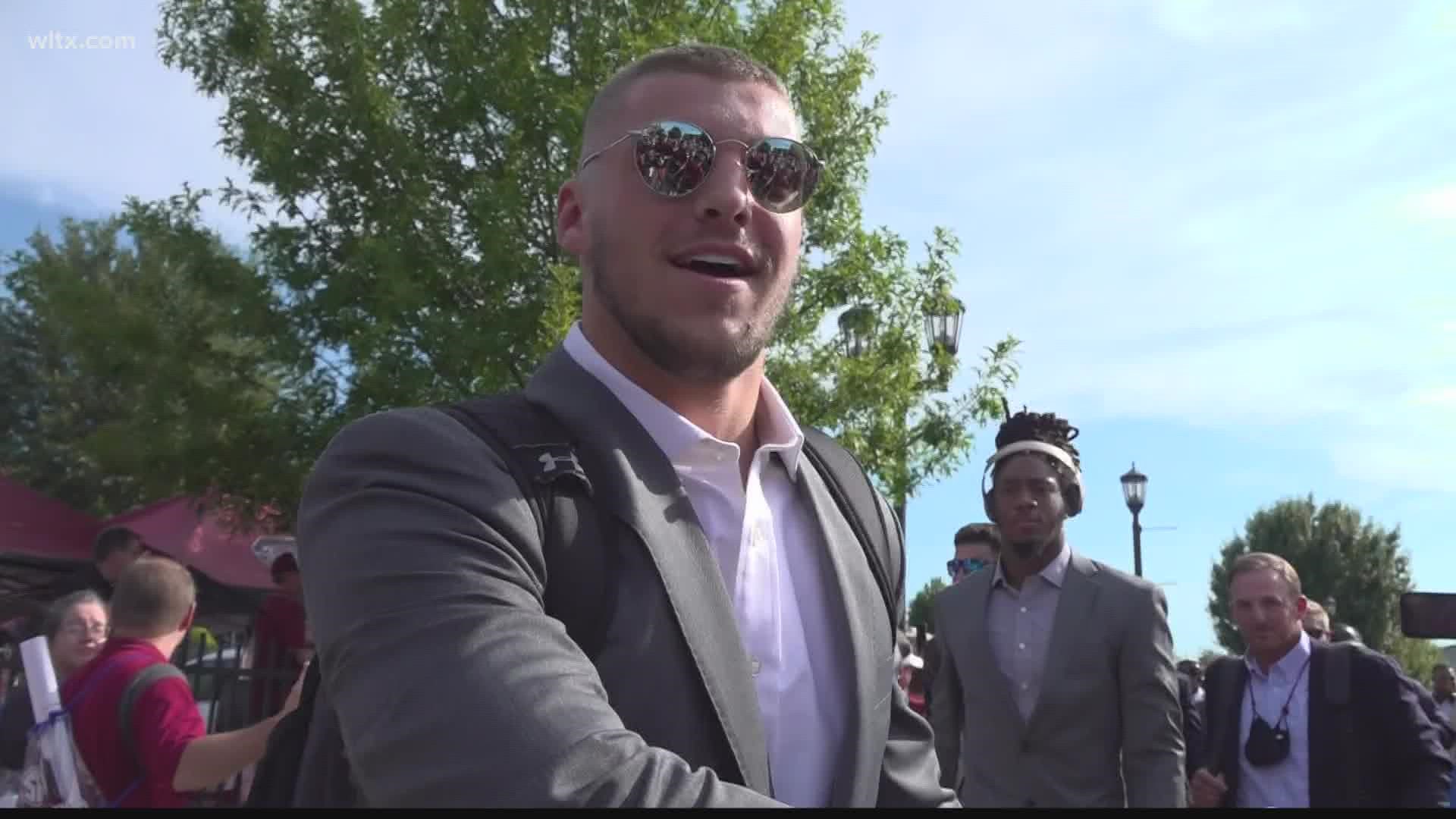 But Doty did not see the field at East Carolina as Zeb Noland went the distance in the 20-17 victory.

So, for the third straight week, Beamer spent part of his Tuesday press conference addressing Doty's availability for that week's upcoming game.

"Luke was out there," Beamer said.

"He was throwing balls, as far as the exact number of reps and all of that stuff, I'm not even sure, to be honest with you. As soon as I walk out of here I'll go in there with the offensive staff and we'll watch practice from today, but from meeting with (team trainer) Clint (Haggard) each day, it's kind of, 'Okay, he's going to do these periods and work a little bit more each day,' and he did a lot more today than what he did last Tuesday."

This time last week, things were trending for Doty to see action in the first road trip of the season. But Doty did not reach the bench marks that would have allowed him to earn his first snaps of the season.

"Last Tuesday at this time we expected him to be able to play in Greenville and he had a little bit of soreness during this time last week," Beamer added.

"He doesn't have that today; he didn't have that yesterday after practicing Sunday, so he continues to do more and more. We fully expect him to be ready to roll on Saturday night, but let's also recognize the fact that Zeb Noland made some fantastic throws down the stretch against East Carolina too."