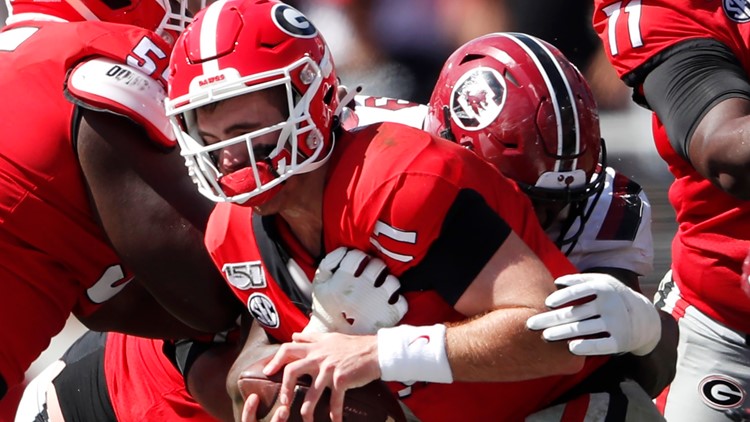 Gamecock defenders honored for their performances in Athens

It was a given South Carolina would be under heavy consideration for the SEC's weekly awards and two players have been honored for their efforts in helping the Gamecocks upset previously third-ranked Georgia.

Javon Kinlaw is the SEC defensive lineman of the week, while Israel Mukaumu is the defensive player of the week.

Kinlaw is a senior defensive tackle who continues to pad his resume for the NFL scouts. He recorded four tackles and a sack against the Bulldogs, but he also was a constant force up front, disrupting many of Georgia's efforts.

Mukaumu is a sophomore cornerback who collected his second award in as many days. On Sunday, he was named the Walter Camp Foundation national defensive player of the week after he intercepted three Jake Fromm passes, returning one 53 yards for a touchdown in the Carolina win. Mukaumu had a career-high 11 tackles on the day and became the first Gamecock to record three interceptions in a game since Patrick Hinton in 1988. Fromm had not been intercepted in Georgia's first five games of the season, as the Gamecocks knocked off a top-5 team for the first time since 2013.