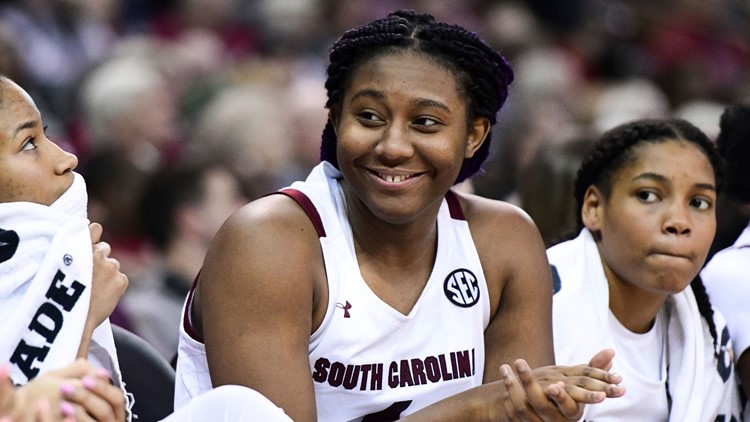 Gamecock freshman is a Naismith Defensive Player of the Year finalist

The SEC Freshman of the Year who earned a spot on the Associated Press All-America Second Team, Boston finished the season ranked 11th in the country in total blocks (86) and 21st in blocks per game (2.61). Her 86 blocks are a South Carolina freshman record and rank fourth overall in program history.

The 6-5 Boston averaged 9.4 rebounds per game which set a South Carolina freshman record.

Boston is the only underclassmen in this year's group of four finalists for this the Naismith Defensive Player of the Year award.