A lesson learned the hard way

If defensive back Jahmar Brown gets another chance to return a fumble for a touchdown, he'll make sure he is in possession of the football until the end of the play. 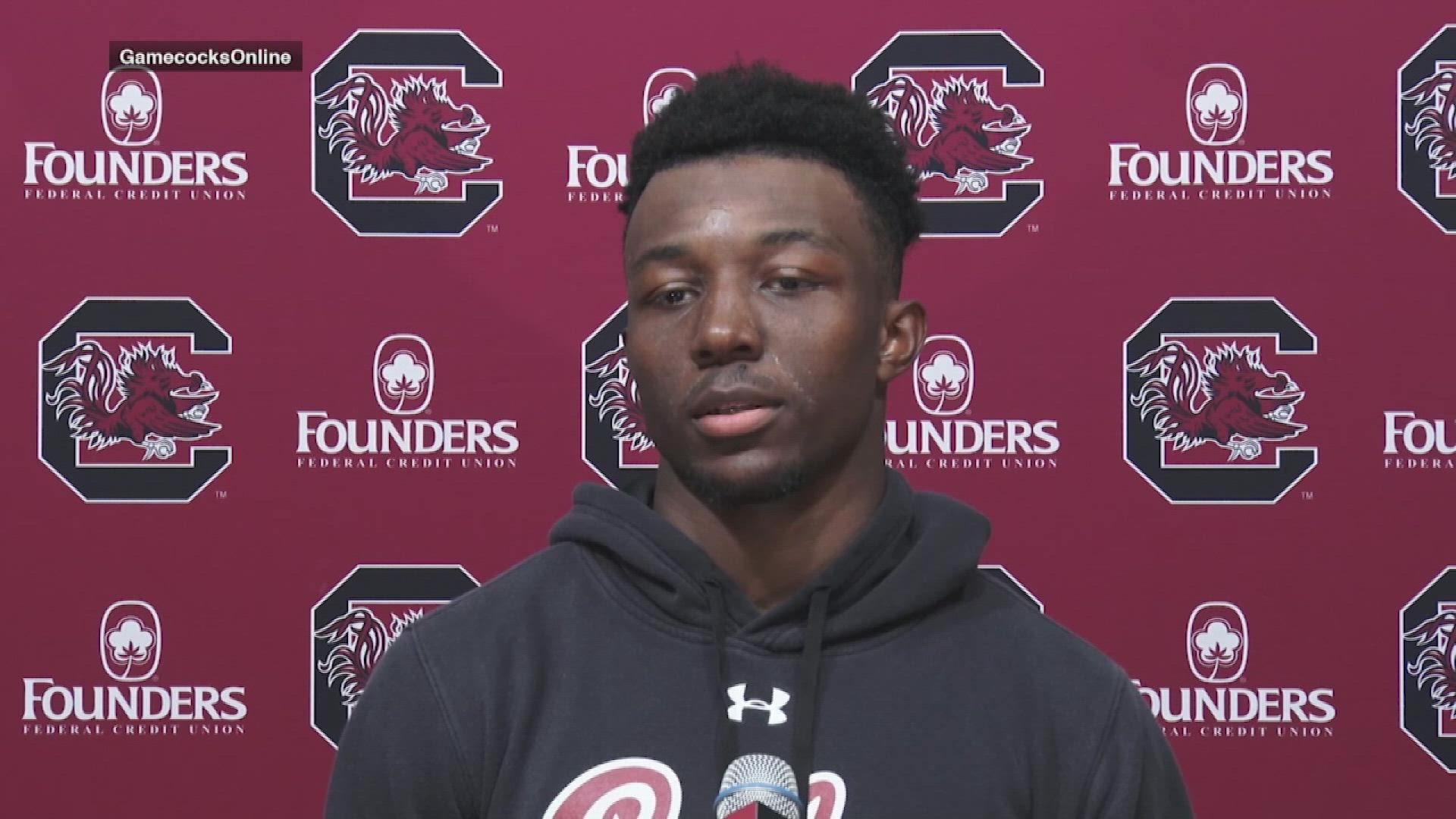 COLUMBIA, S.C. — South Carolina defensive back Jahmar Brown has learned a painful lesson in front of a national audience.

On Saturday, Brown was the focal point on highlight shows and social media as he returned a fumble for a would-be touchdown, only to drop the ball before he crossed the goal line. Instead of a touchdown for South Carolina, kit was a touchback for Troy. But on Tuesday, Brown walked to the podium as part of the Tuesday interview session and owned his mistake.

“I felt very terrible about it. At this point in time there’s nothing else for me to do but move on and for my team to do but move on. I apologized to coach Beamer and going to take every step to move on from there.”

On Monday, Brown realized just how far that one play had travelled as a friend informed there was a GIF of him and then he watched himself on ESPN's 'C'man Man' segment on Monday Night Football.

But as he has replayed that 16-second sequence which was followed by his reaction to the touchdown being overturned, Brown has received nothing but encouragement from head coach Shane Beamer who hopes Brown's mistake will serve as a painful reminder to the rest of the team if any one of them are in that situation again.