The Gamecocks suffer their third straight loss, a 59-42 setback in Oxford. 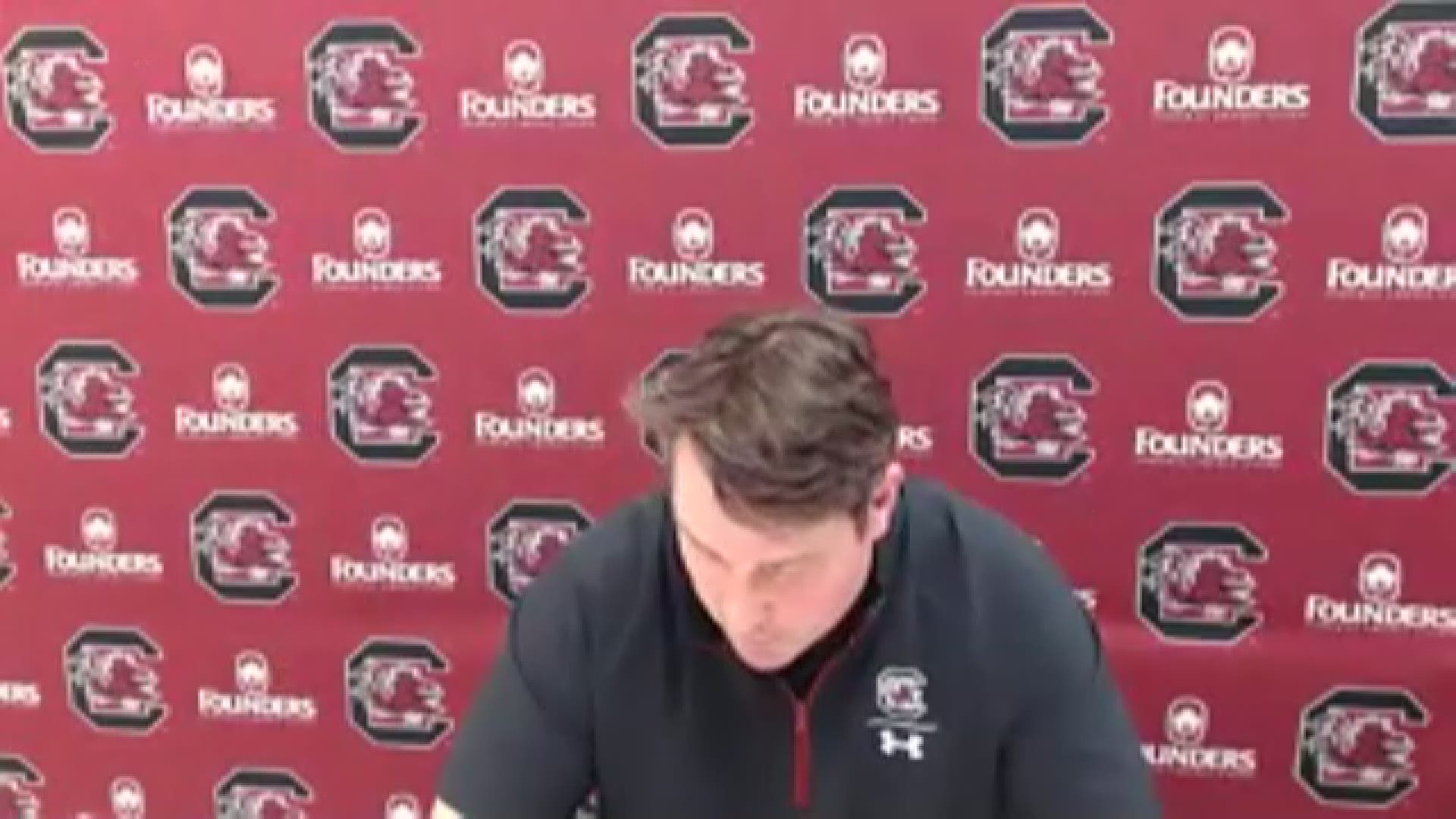 As expected, it was a track meet in Oxford with both offenses having their way for the most part with the opposing defense.

But it was the second-ranked offense in the SEC getting the better of the shootout in a 59-42 win over South Carolina. The win drops the Gamecocks to 2-5 with three games left in this modified 10-game league-only schedule.

South Carolina took a 7-0 lead on an 11-yard touchdown pass from Collin Hill to Shi Smith who made a leaping one-handed grab for the game's first score.

But Ole Miss would respond and continue to do so to the tune of a 24-21 lead at halftime on a Luke Logan 22-yard field goal with one-second left on the clock.

The lack of a pass rush and several busted assignments aided the Ole Miss cause. No play typified the night more so than a 91-yard touchdown from Ole Miss quarterback Matt Corral to Elijah Moore. That puts the Rebels on top 45-42 and it came after the Gamecocks had regained the lead on a Kevin Harris 12-yard run.

The Rebels would score 21 unanswered points to close out the game. They finished with 708 yards of total offense with Corral providing 513 yards passing with four touchdowns.