Attendance at Williams-Brice Stadium: what it could look like

South Carolina's football team will likely be playing in front of a crowd that is one-fourth the size of a normal crowd at Williams-Brice Stadium. 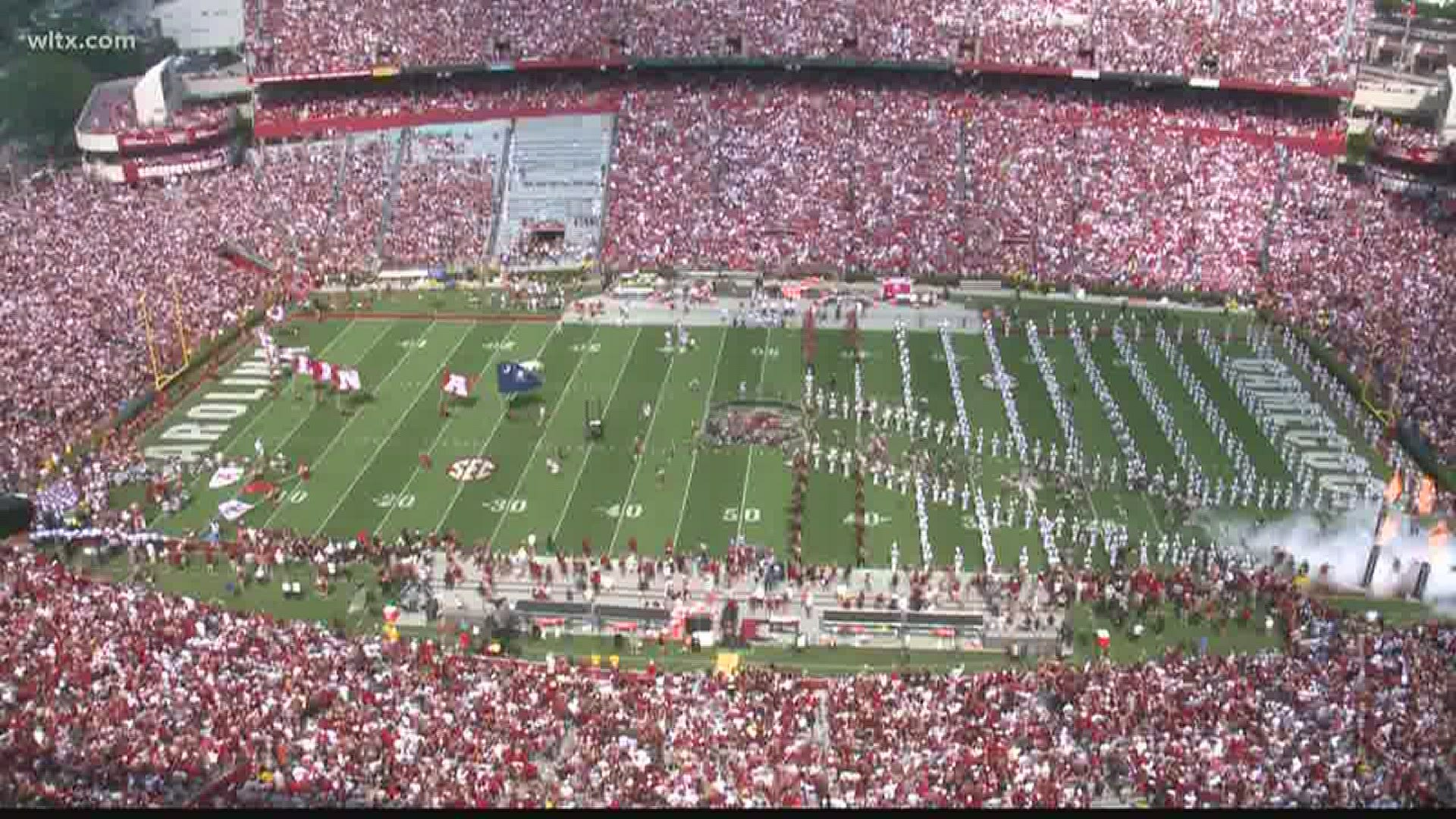 COLUMBIA, S.C. — When South Carolina Governor Henry McMaster announced this week that sports venues are allowed to have fans starting Monday, August 3, that was a major step towards college sports coming back in some capacity in the fall.

But any venue wanting to have more than 250 people will have to get special approval and that means Gamecock athletics director Ray Tanner and his staff will be making a very detailed presentation to state officials to get that approval. The presentation will include how fans will enter and exit the stadium and how social distancing rules will be enforced in this day and age of COVID-19.

“We have built models along the way, and certainly we’ve had time to do that,” Tanner said.

“We would have to make a request to have more than 250 people in our stadium, which we will. We will have the model prepared probably by early next week to share. I don’t know what decision will be made, hopefully sooner than later. We will have to present to the Department of Commerce to show how we do the ingress, egress and social distancing inside the stadium.

“Attendance, I can’t say exactly what it will be but I can speculate today. Maybe somewhere just north of 20,000, I’m guessing. But that’s just a guess at this point."

The first game is set for September 26 in what is the first of 10 regular season games, all within the SEC. The modified 2020 schedule has not been released at this point.