Gamecock men's tennis wants to be Elite in Orlando

South Carolina faces Texas Monday in an NCAA Sweet 16 matchup at the USTA campus in Orlando. 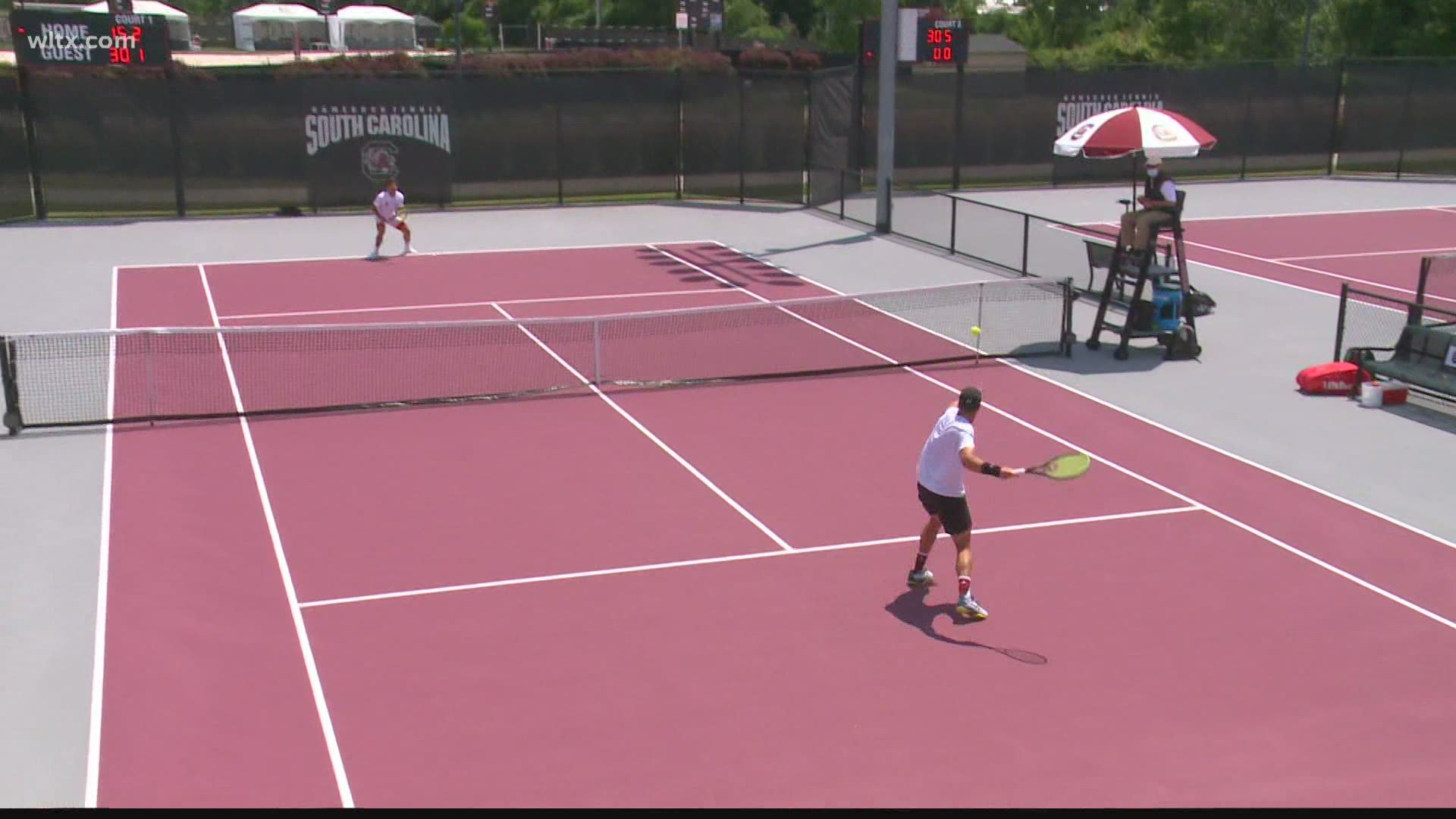 COLUMBIA, S.C. — The 13th-ranked South Carolina men's tennis team will be in Orlando this weekend getting ready for Monday's SEC-Big 12 showdown in the NCAA Sweet 16.

The Gamecocks will face Texas at the USTA National Campus with the winner advancing to the Elite Eight.

South Carolina head coach Josh Goffi said his guys may have felt the pressure of hosting an NCAA Tournament weekend for the first time since 1994. But the players were able to overcome that and roll through the regional with wins over UNC Wilmington and N.C. State.

A win would put the Gamecocks in the Elite Eight for the first time since 1997.