Muschamp getting ready for season, staying vigilant about virus

Gamecock head football coach Will Muschamp talks about getting a team ready to compete while staying vigilant. 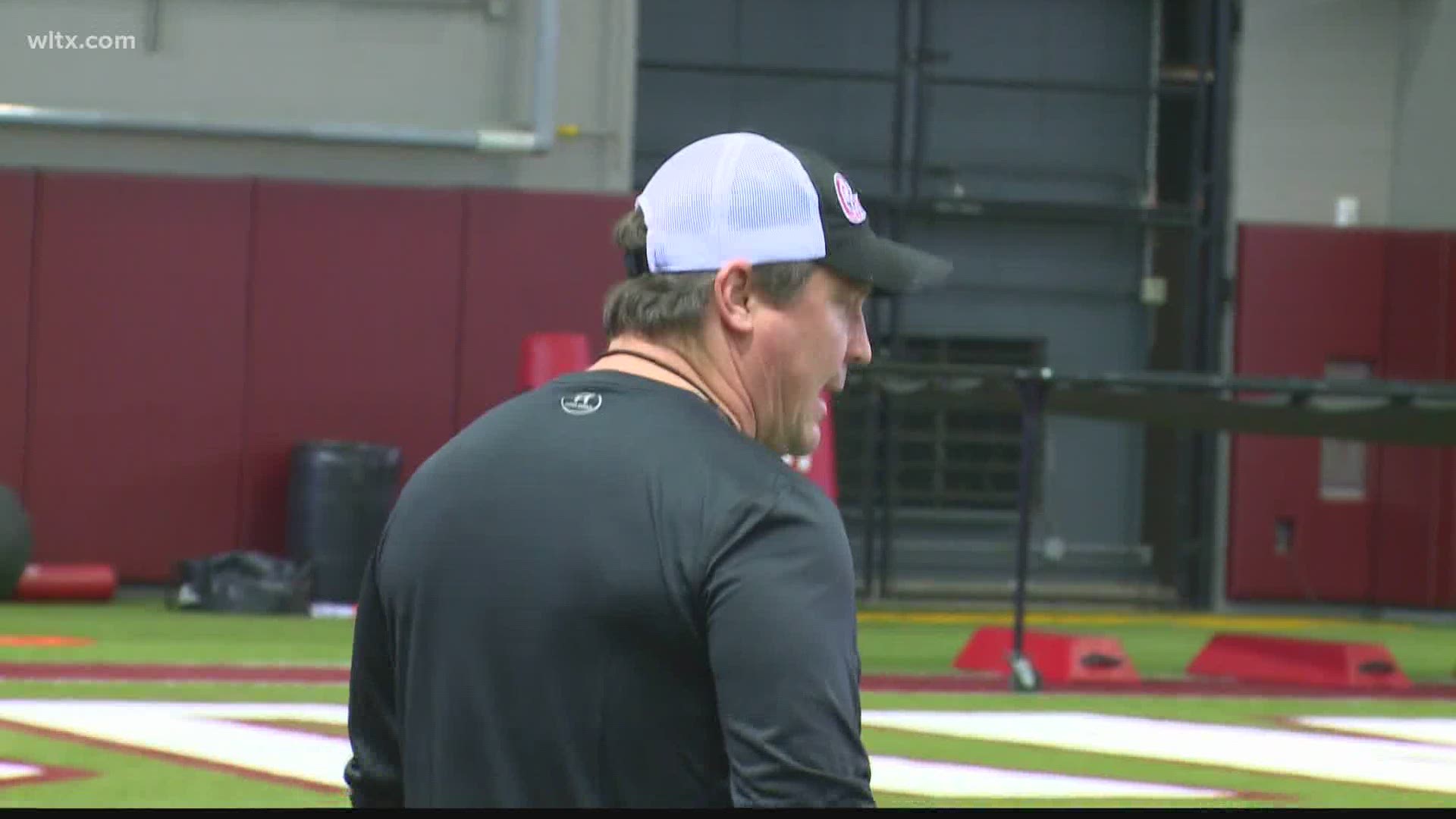 COLUMBIA, S.C. — South Carolina head football coach Will Muschamp says the safest place for his son, Jackson, is on the Georgia campus with the rest of the Bulldog football players. The oldest son in the Muschamp household is a freshman quarterback at Georgia and the father feels with all the medical personnel working with the Dawgs, Jackson is in good hands.

So, you can understand that Muschamp feels his players in Columbia are also in good hands.

The Gamecocks have been taking part in summer workouts, meetings, walk throughs and it's all done with safety protocols in place to help protect the players from COVID-19.

"We're all working to get as much information as we can from the experts of what we have to do for the safety of our student-athletes," Muschamp said.

"Is there risk? There's risk for all of us - staff, coaches. I'm not coaching from the balcony. I'm on the field with our players. There's risk for all of us. But as I've said before, there's no question in my mind this is the safest place for our players. No different than me sending my son to Georgia to play college football. I think that's the safest place for him at this time, doing what he's doing. Again, we're all going through this. There's a lot of conversation from league to league, from the NFL, so we can all beat this thing together and I think that's what we're trying to do."

South Carolina's season is set to begin on September 26 along with all the other SEC teams. The league is playing a 10 game, conference only schedule this year due to the pandemic.

The list of  their opponents has not yet been released. One team they will not be playing is archrival Clemson, because that's a non-conference game.