Kevin Harris shows he belongs in the SEC

Gamecock sophomore, who was a 3-star prospect in high school, is coming off a career-day at Vanderbilt. 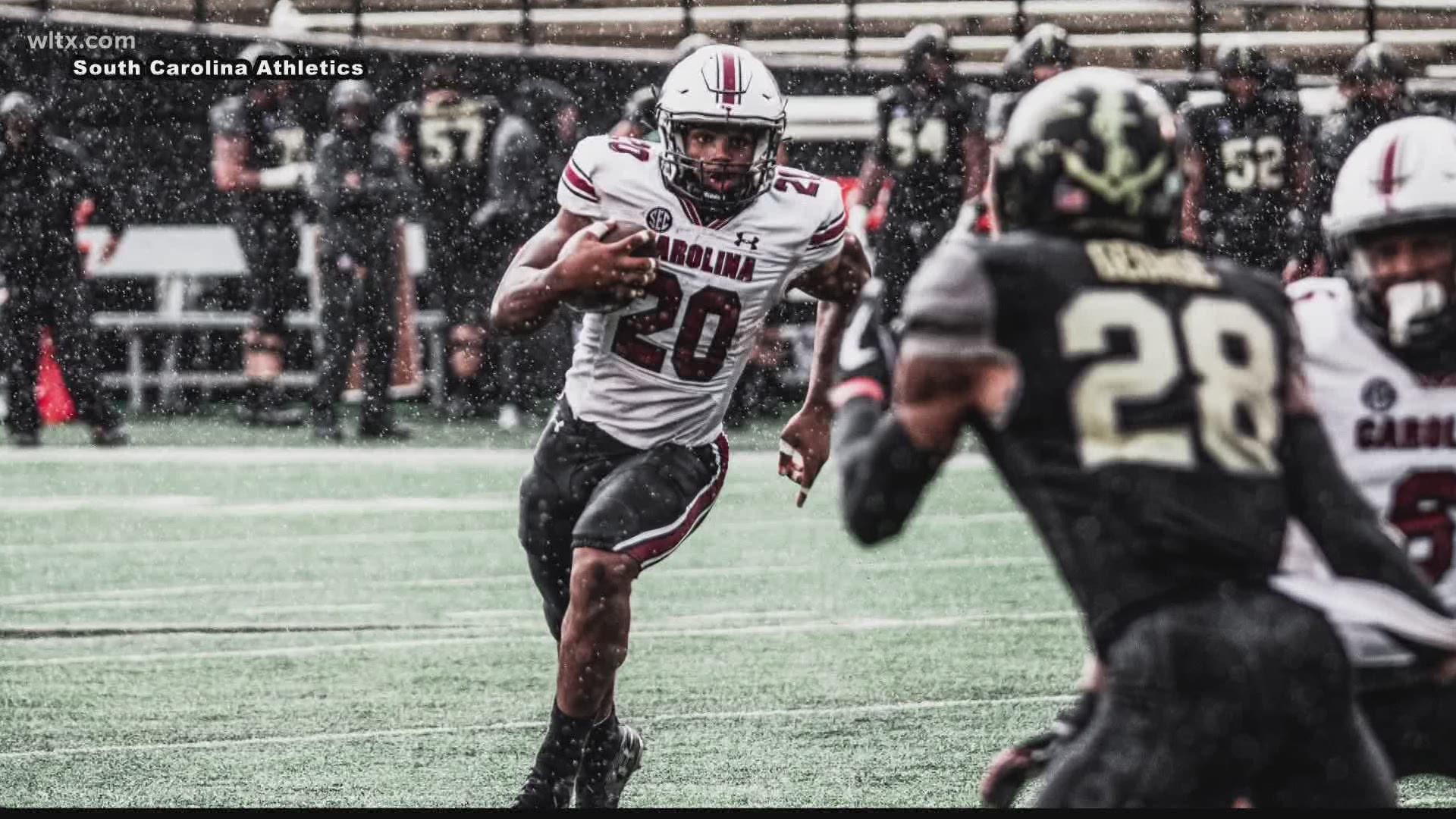 Kevin Harris had one Power 5 scholarship offer and it's from the school where he is currently leading the rushing attack.

Harris had offers from the likes of Army, Air Force, Navy and Wofford. But three games into the 2020 season, Harris is currently second in the SEC in rushing with 326 yards on 56 carries with four touchdowns.

The sophomore brings a powerful style of running with his 5-10, 225-pound frame. Head coach Will Muschamp loves the way Harris runs through contact. But his speed, which was questioned when he came out of high, was on display Saturday when he scored on an 88-yard run in the win over Vanderbilt.

Muschamp made note of the fact that Harris was a 3-star prospect coming out of high school and while that may not have excited the fan base, Harris has shown he belongs in the SEC.

On his Thursday night radio call-in show, the coach complimented Harris for his patience in reading his blocks and also his physical style which combined have helped him find success in this early stage of the 2020 season.