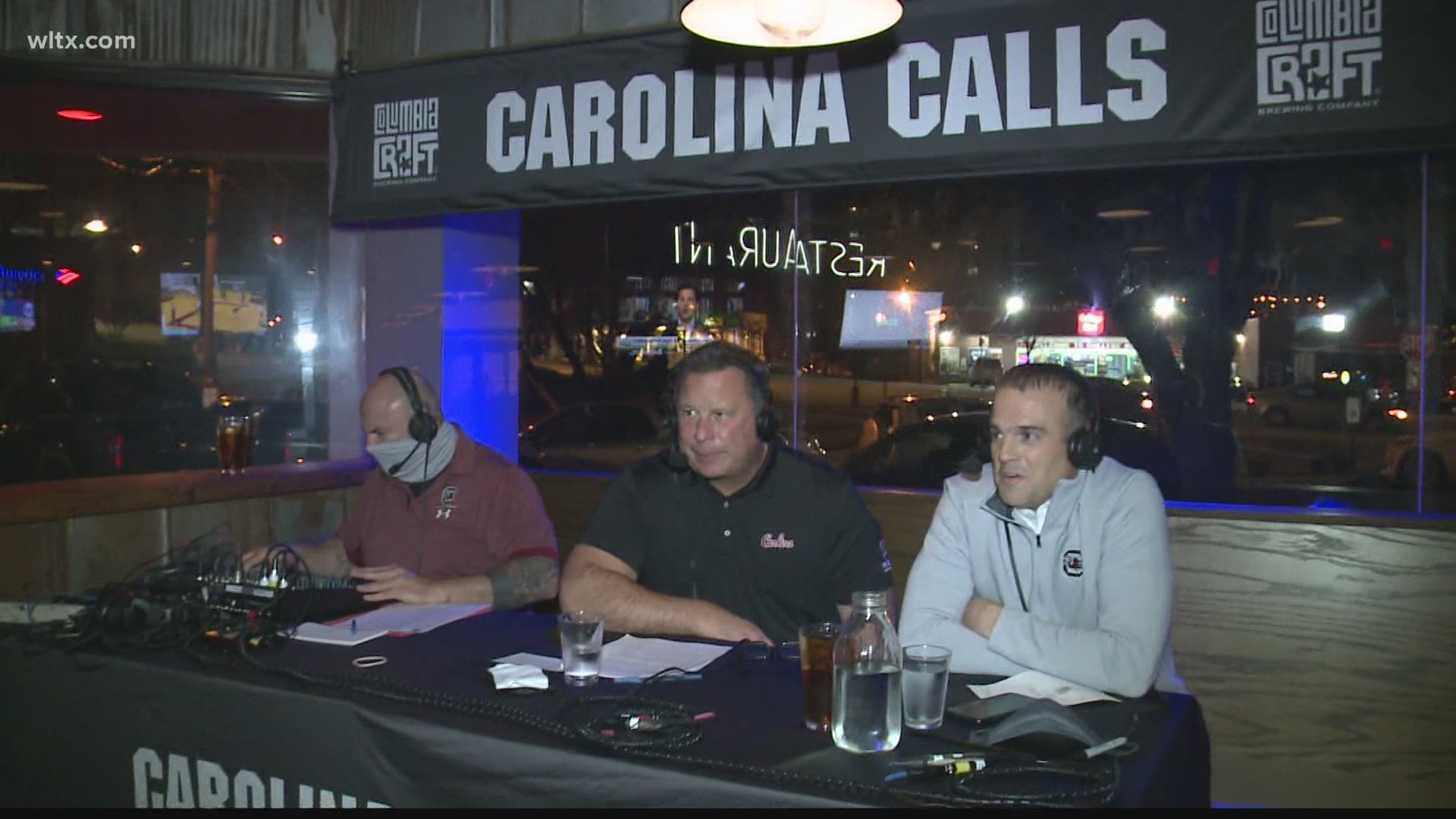 COLUMBIA, S.C. — Shane Beamer has been making the media rounds both nationally and locally.

On Wednesday, Beamer was at Home Team BBQ in Five Points for his first appearance on "Carolina Calls". It was a rare February football edition as Beamer and the Voice of the Gamecocks Todd Ellis talked about a number of topics including spring practice which is set to begin in late March.

Before he put on the headsets for his first appearance on Carolina Calls at Home Team BBQ, new South Carolina head football coach @CoachSBeamer shared a special moment with this 2nd grader who gave the Coach a card she made & he responded by signing her cast. @GamecockFB pic.twitter.com/t3i1cievGj

Beamer said with the new staff just finalized this week, the coach felt it would benefit everyone with a late start to give the players more time in the weight room with the new strength and conditioning staff. It will also be beneficial as the new schemes are implemented and it will give coaches like new running backs coach Montario Hardesty time to learn the system. Hardesty's first day on the job was earlier this week.