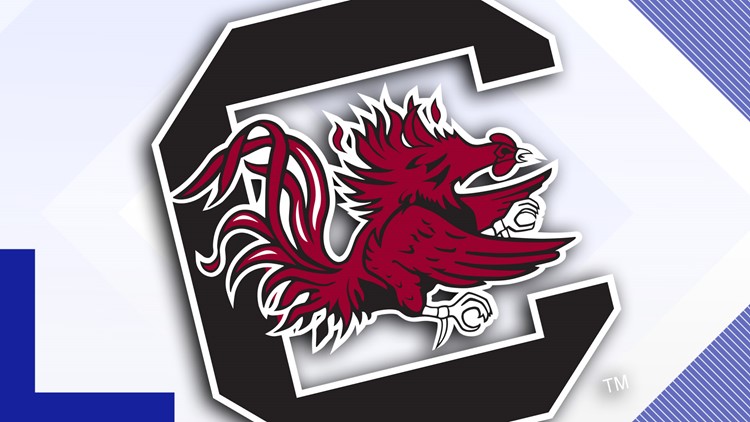 The Gamecocks (2-0) buried the Cowboys with five 3-pointers in the first eight minutes and a suffocating defense throughout. It was the fewest points USC allowed since 2005 and the fewest field goals allowed in coach Frank Martin's nine-year tenure.

Cowboys guard Hunter Maldonado had 32 points in his season-opener but with South Carolina sophomore Justin Minaya guarding him most of the game, was held to 10. Minaya, who missed all but five games last year due to a knee injury, blanketed Maldonado and also scored three points with four rebounds and three assists

The Cowboys (1-1) shot 23 percent from the field and only hit nine field goals.

Minaya didn't bring anything extra to the game, even after being out and the Gamecocks losing to Wyoming last season in Laramie. He only scored three points but had four rebounds and three assists while playing 27 minutes of lockdown defense.

The Gamecocks comfortably won and Martin is pleased with the depth he has, but still cautioned that he always likes to keep the offense simple early in the season. It's much more of a freelance game instead of rigid structure.

Wyoming: The Cowboys returned eight players from last year with six playing at least 20 minutes per game and combining for 163 3-pointers. The Cowboys only hit 4 of 17 Sunday and 1 of 10 in their win over Idaho State to open the season.

South Carolina: The Gamecocks couldn't erase the loss at Wyoming last season that was the biggest anchor weighing down its postseason hopes. The Gamecocks played like they could Sunday, controlling the boards so hard that the Cowboys only got eight rebounds in the first half. ... Martin knows his team has firepower and it showed it off, with seven players scoring at least four points.

Martin has five newcomers on his team, and really 10 when considering Minaya, T.J. Moss, Couisnard and Bolden were either hurt or sitting out last season. He has constantly lauded how much he enjoys being around this team, but also realizes the teenage mind sometimes drives him out of his mind.

"I try to go home every night and understand that I was that age a long time ago. I understand sometimes at that age, I don't know . the brain kind of goes away sometimes," Martin said. "I've learned to be a little more patient."

Couisnard sat out last season as an academic redshirt but was lauded by his teammates as a high-volume scorer in practice. He's scored 21 points in his first two games and has shown a fearlessness about attacking the rim.

He also nailed a 3-pointer in USC's explosive attempt to control Sunday's game in the first five minutes.