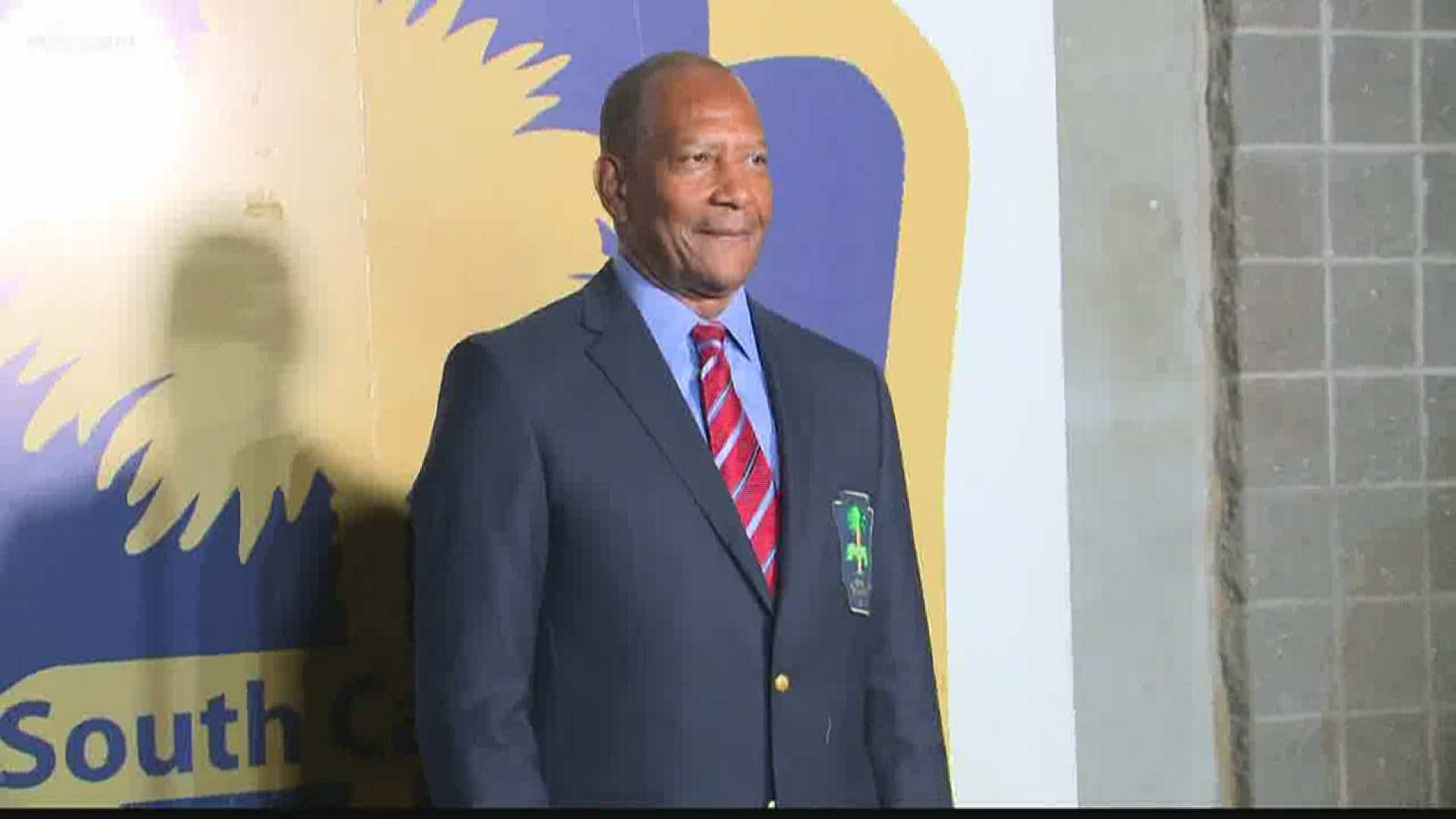 English Lessons will be taking on a totally different meaning.

Alex English, who had a stellar career for the Gamecocks and later in the NBA, has been named an interim member of the South Carolina Board of Trustees following the appointment of William Hubbard to be the dean of USC's law school.

English was appointed by Governor Henry McMaster. English was also a member of the board under former governor Jim Hodges as well.

During his career at South Carolina, English scored 1,972 career points and left as the school's all-time leading scorer. An NBA career followed and it started when he was a second-round draft pick by the Milwaukee Bucks in 1976. He enjoyed his greatest success in the Mile High City where he was an eight-time NBA All-Star for the Denver Nuggets and he is the holder of a host of franchise records including career points (21.645), assists (3,679) and minutes played (29,893).

He was inducted into the Naismith Basketball Hall of Fame in 1997 and he's also a member of the statewide South Carolina Athletic Hall of Fame.

English has been a fixture in Columbia, holding camps in the summer with an emphasis on basketball and education, even giving campers a "word of the day" for them to use.

He recently had his number retired by his alma mater - Dreher High Schooll. It has also been retired by South Carolina and the Nuggets.