Boston's triple-double leads Gamecocks to a win over Georgia

Aliyah Boston makes history with her performance in the 62-50 victory over Georgia. 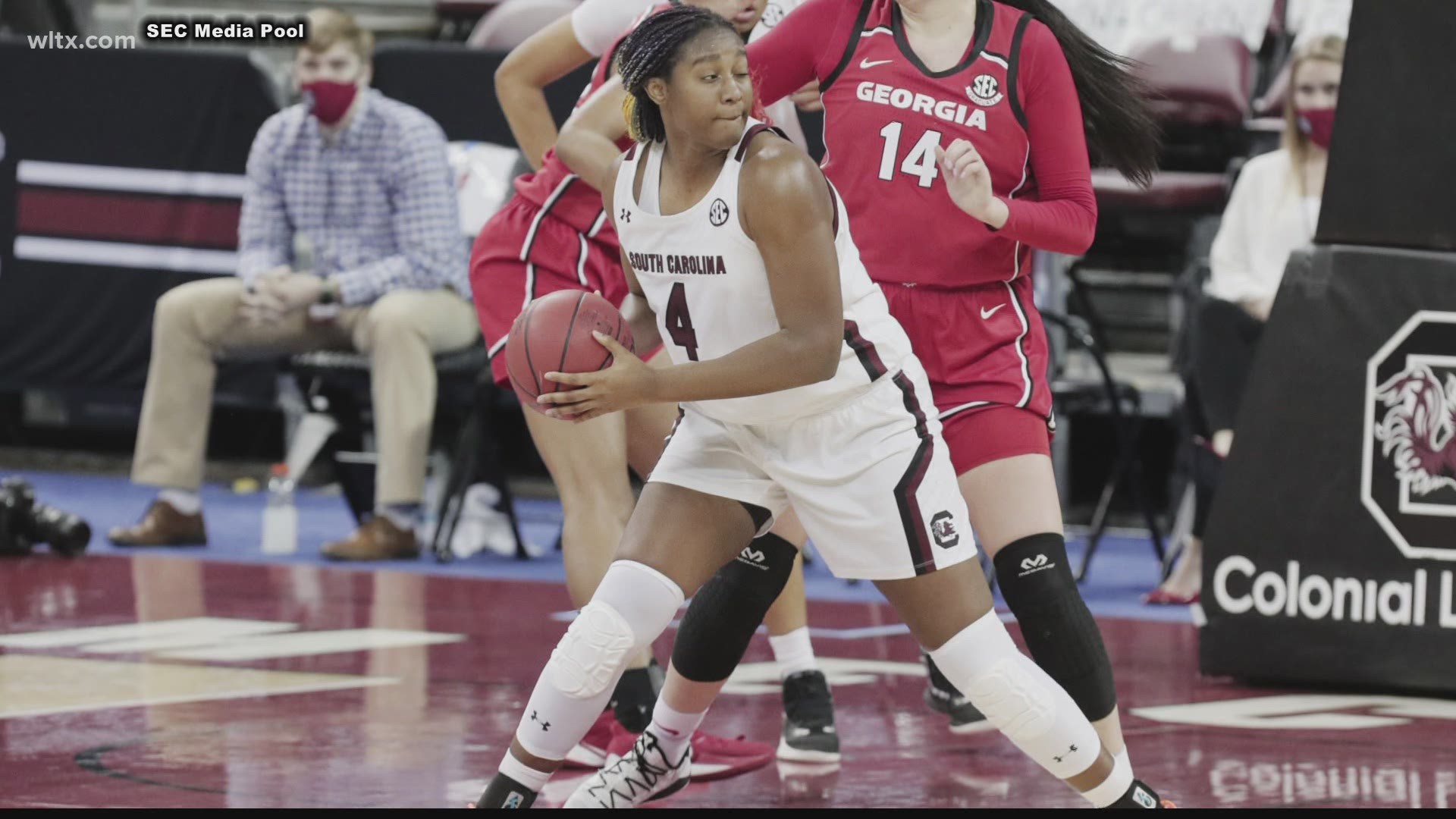 COLUMBIA, S.C. (AP) - Aliyah Boston had her second career triple double with 16 points, 11 rebounds and 10 blocks to lead No. 4 south Carolina to its 25th straight win over Southeastern Conference competition with a 62-50 victory over No. 22 Georgia on Thursday night.

Boston is a 6-foot-5 sophomore who had a triple double in her college debut last season. She accomplished her second one with a block on Mikayala Coombs late in the third quarter.

Zia Cooke added 16 points for the Gamecocks, who won their 13th straight over Georgia.