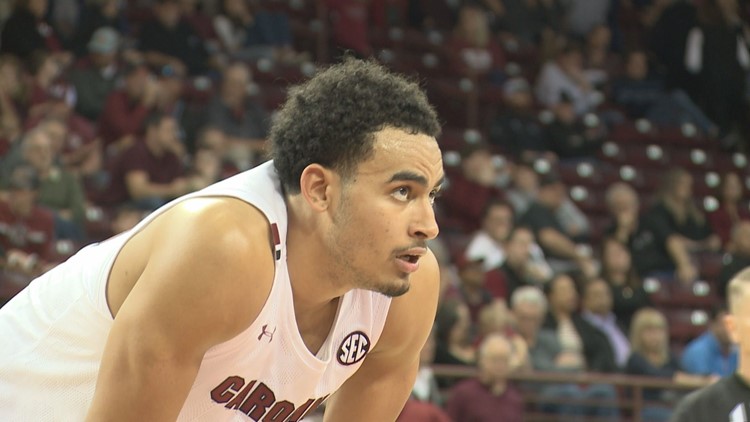 South Carolina head basketball coach Frank Martin believes the surgery on Minaya's thumb was so successful that he might be back in March.
Author: Reggie Anderson
Published: 9:27 PM EST February 7, 2020
Updated: 12:59 AM EST February 8, 2020

Justin Minaya's Friday morning surgery on his dislocated thumb was so successful that Gamecock head basketball coach Frank Martin was extremely optimistic that the redshirt sophomore forward could return before the season is over.

"The surgery was a home run from what I was told,"  Martin said.

"I don’t want to give you a date because you know how that goes but we’re looking at some time in early march. There is a possibility he can play this year."

Minaya is an outstanding defender on the perimeter and his offense had come around of late. If he could come back in March, that would be in time for perhaps the last week of the regular season, the SEC Tournament and then whatever post-season trip the team has earned.