The 12th-ranked Gamecocks are hosting early round matches in the NCAA Tournament for the first time since 1994. 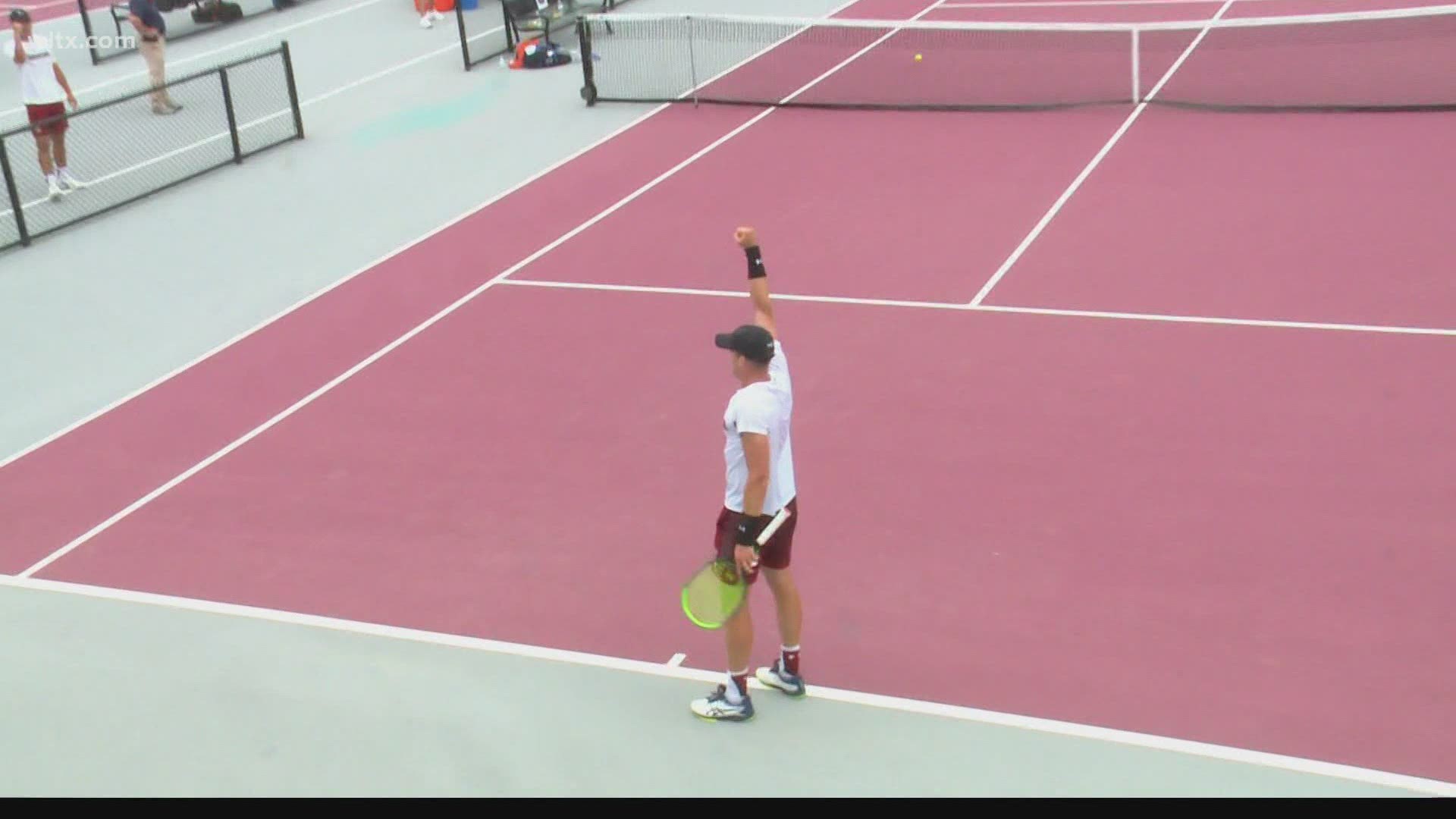 COLUMBIA, S.C. — For the first time since 1994, the South Carolina men's tennis team will be hosting NCAA matches.

The 12th-ranked Gamecocks earned an at-large bid to the NCAA Championships for the 26th time in program history and the seventh time under head coach Josh Goffi. The Gamecocks (15-9, 7-5 SEC) will play UNC Wilmington in the first round on Fri., May 7, at 1 p.m. at the Carolina Tennis Center. The other first-round match in Columbia will feature Liberty and NC State playing at 10 a.m.

The 13th-seeded Gamecocks are making their fourth straight NCAA Tournament appearance and this comes after the team reached the SEC Tournament semifinals for the third time in program history and the second straight year. South Carolina reached the tournament semis by knocking off ninth-ranked Georgia, the first win over a top 10 opponent since 2018.

Four Gamecocks are nationally ranked in singles, including No. 2 Daniel Rodrigues and No. 22 Connor Thomson. Both Rodriguez and Thomson earned First-Team All-SEC honors last week and earlier this year Rodriguez became the first player in program history to reach the number one spot in singles.