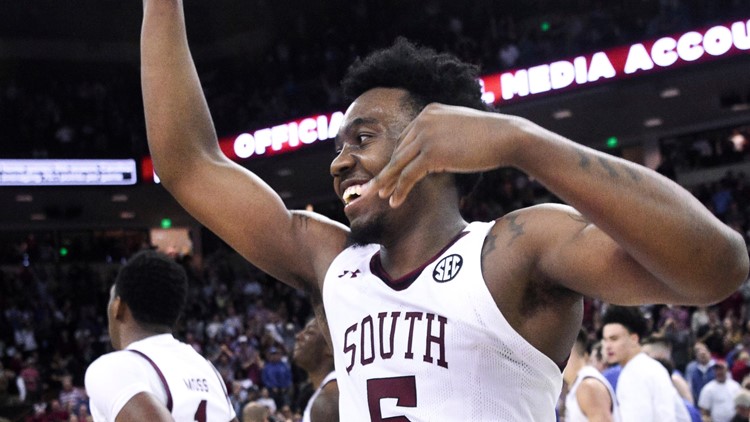 Photo by: AP
South Carolina guard Jermaine Couisnard (5) has been named the SEC Freshman of the Week for a second time this season. (AP Photo/Sean Rayford)

For the second time this season, Gamecock guard Jermaine Couisnard is the SEC Freshman of the Week.

The redshirt freshman averaged 23.5 points, 2.0 rebounds and 3.0 assists per game in a loss at Ole Miss and a home win over Texas A&M.

He had a season high 28 points in Oxford and against the Aggies on Saturday, Couisnard led Carolina with 19 points. He also had three assists in each game.

One of his buckets against Texas A&M was a first half, buzzer beater just inside the half-court line. His second buzzer beater of the season after his game-winner over Kentucky.