Plenty of local storylines involve the reported scheduling of South Carolina and Army at the Colonial Life Arena. 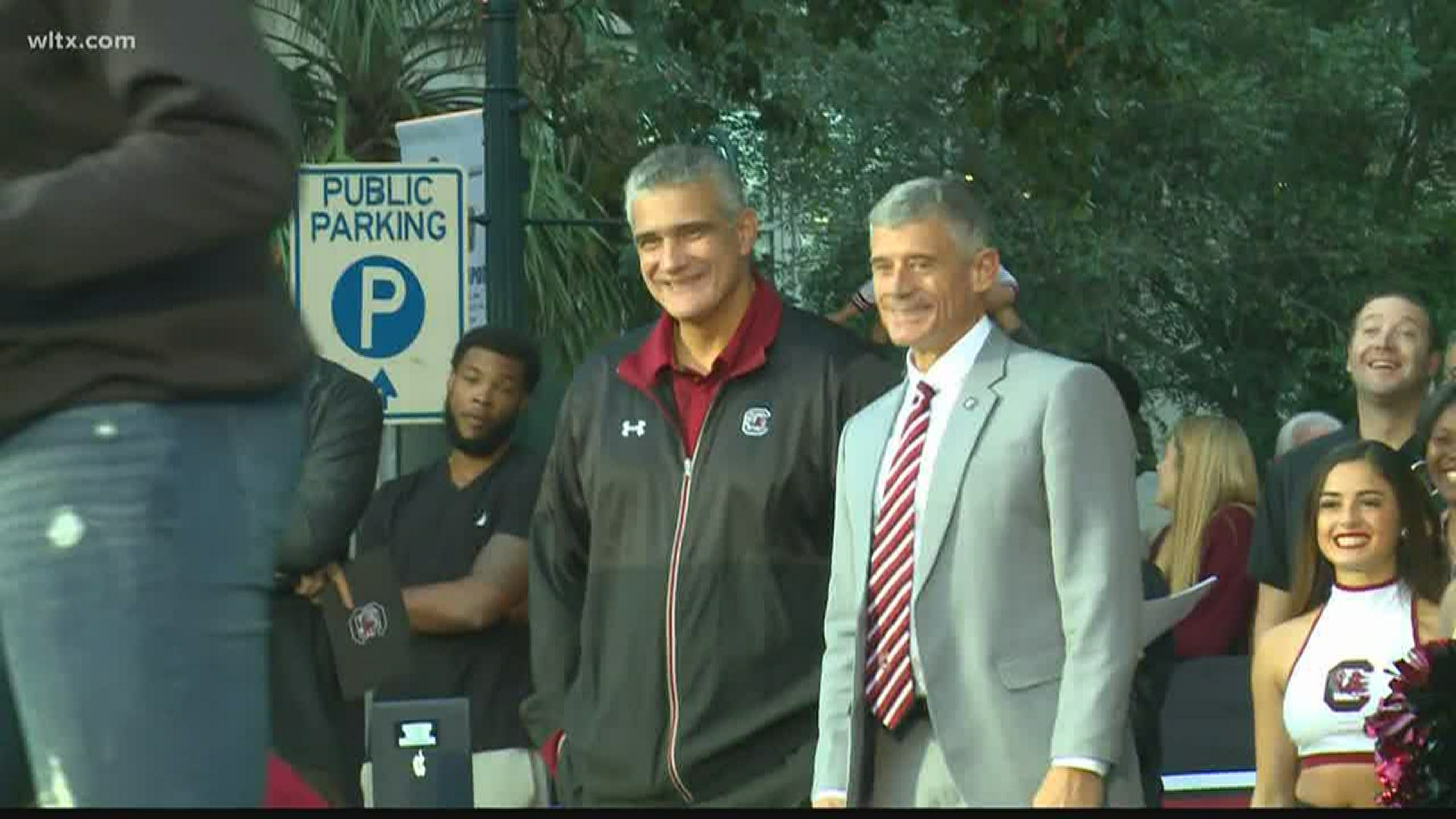 The non-conference basketball schedule for the South Carolina men's basketball team will feature a battle with the Army Black Knights according to a tweet from Jon Rothstein from CBS Sports.

There are several local tie-ins involving this game.

University of South Carolina President Bob Caslen is an Army graduate who served as the superintendent of West Point from 2013-2018.