A little more than 24 hours after he was introduced as South Carolina's interim head football coach, Mike Bobo was back at the podium. 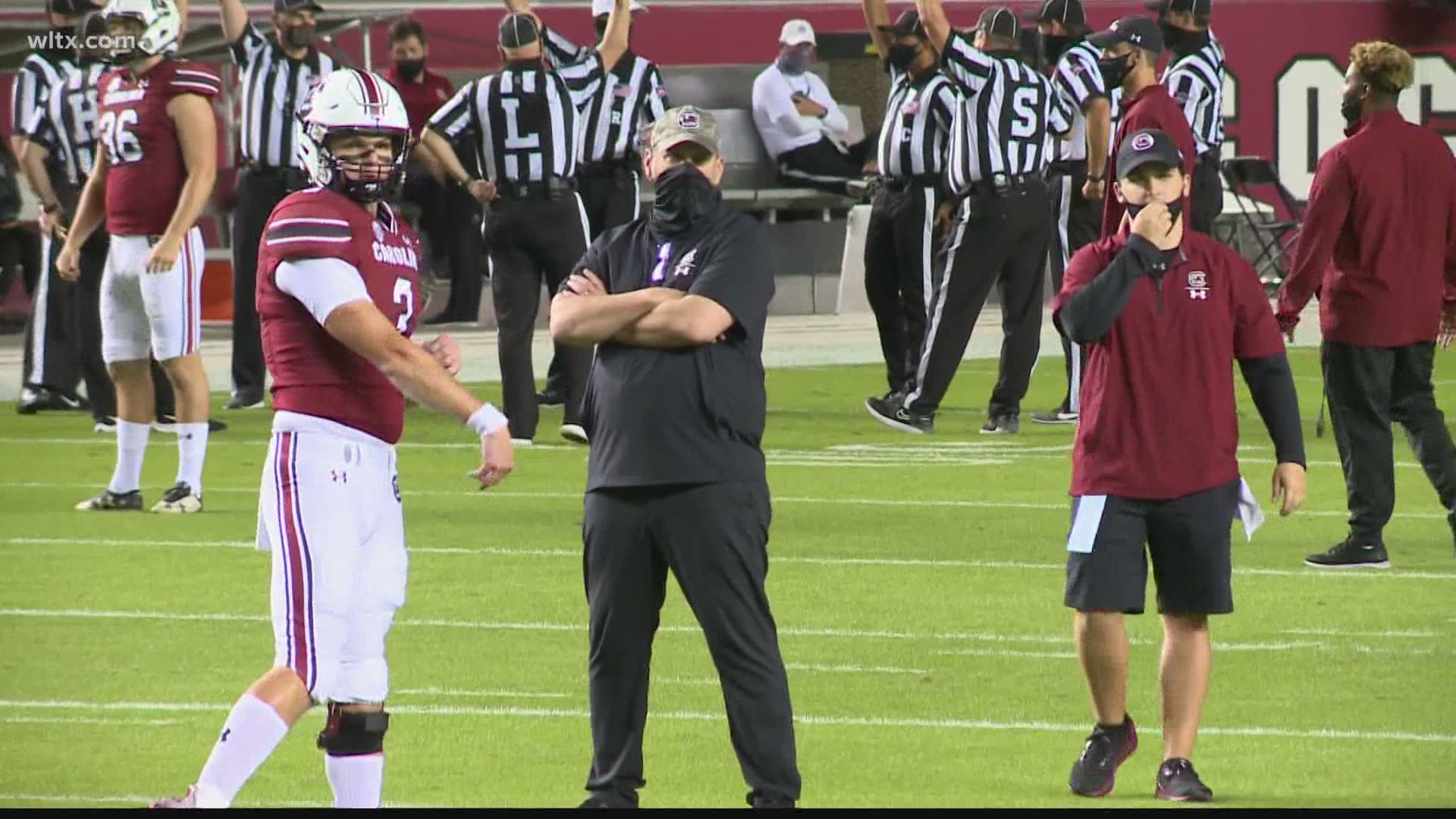 Mike Bobo is ready to embrace the pressure of being an interim head coach of a team that has lost three straight games and has three games left in the season.

After working as the head coach at Colorado State for the previous five seasons, Bobo was the logistical choice to finish out the season as the interim head football coach following the dismissal of Will Muschamp.

After he was introduced Monday in his new capacity, Bobo was back at the podium on Tuesday for the first of at least three regularly scheduled news conferences.

As his team gets ready to play Missouri, Bobo talked about the pressure he is under and no doubt his attitude is something he hopes permeates through the rest of the team.

"Pressure is a privilege. You're put in a situation that has pressure. I like that feeling," Bobo said Tuesday.

Bobo went on to say that he will encourage the players to "rise up in the face of adversity" and how "it's an opportunity to create memories" going forward.

The interim head coach did announce he will adjust the practice schedule this week due to the fact that the team has dealt with so many injuries.

“We won’t go on the field Thursday and we won’t be in helmets. It’ll be a total walk-through. I feel like we’re a little banged up,” Bobo said.

“We’re short guys with guys opting out. We’ll walk through Thursday. We’ll come back Friday and do what I call a Fast Friday.”

Bobo added Friday will be a walk-through but with a twist. It will be at “game speed” and will not long.