The Gamecocks six-match winning streak comes to an end at the hands of 13th-ranked Florida. 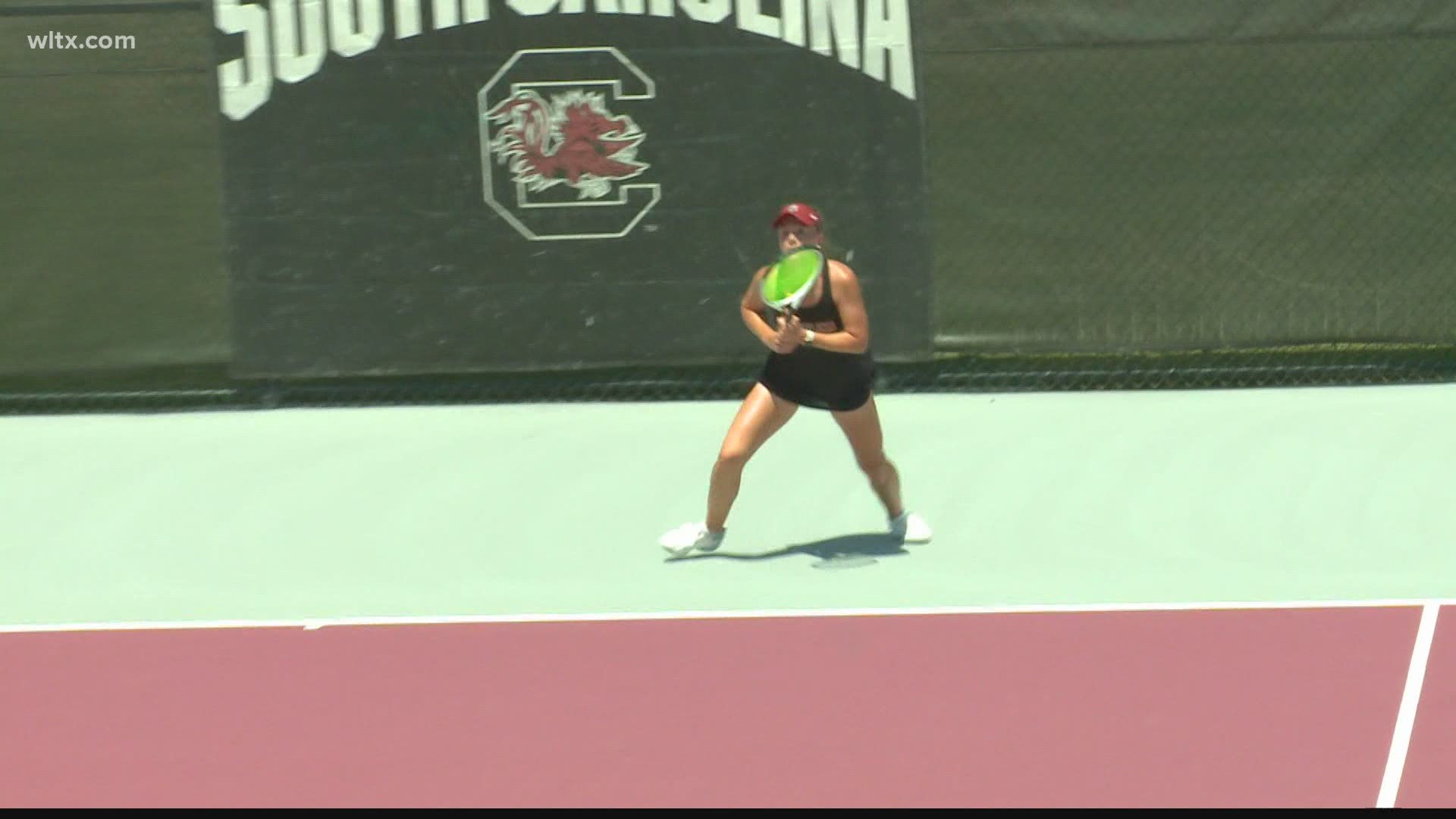 COLUMBIA, S.C. — The 24th-ranked South Carolina women's tennis team suffered a 4-2 loss to No. 13 Florida on a rare Tuesday of action at the Carolina Tennis Center in Columbia, S.C.

The loss snapped the Gamecocks' six-match unbeaten streak, dropping them to 10-10 and 7-6 in the SEC to end the regular season. The Gators improved to 12-6 and 10-3 in the league.

At number one doubles, South Carolina's 16th-ranked team of Megan Davies and Mia Horvit led from the outset against No. 2-ranked McCartney Kessler and Marlee Zein. Davies and Horvit scored the upset with a 6-3 victory.

Kevin Epley's team had faced ranked opponents in its last four matches and was 4-0 in that span before Tuesday's match.

Up next for the Gamecocks is the SEC Tournament which begins Monday in Tuscaloosa.