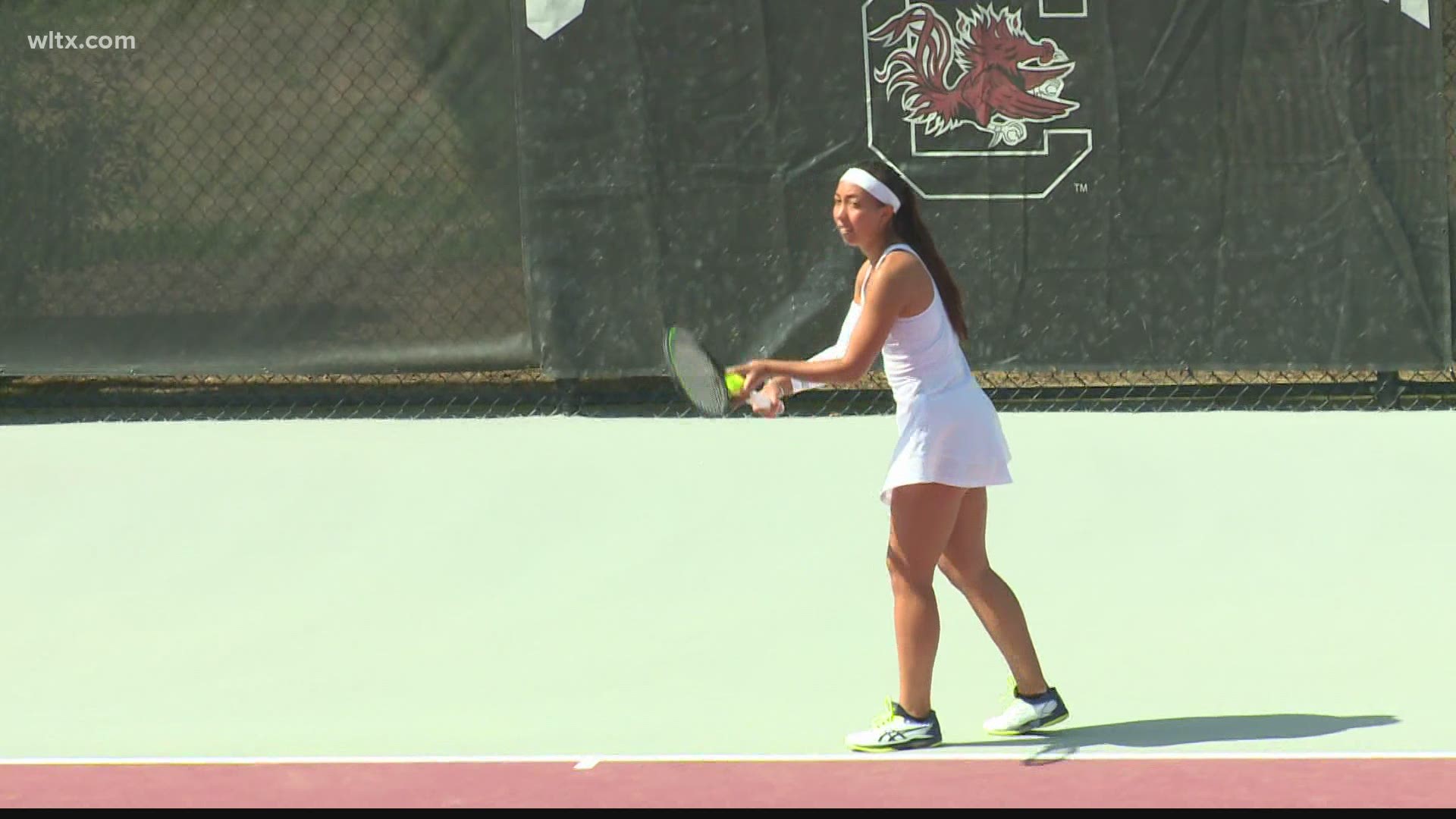 COLUMBIA, S.C. — The No. 29 South Carolina women's tennis team extended its winning streak to six matches Saturday with a 4-2 victory against No. 21 Kentucky at the Carolina Tennis Center in Columbia, S.C.

The Gamecocks are now 10-9 on the season and 7-5 in the conference, while the Wildcats dipped to 13-6 and 5-6 in the league. South Carolina has won four straight matches against teams with higher rankings than the Gamecocks.

South Carolina will close out the regular season against No. 15 Florida next Saturday in Columbia at noon. The Gators have also won six straight after defeating Vanderbilt 4-2 on Saturday in Gainesville, Fla.