The second-year quarterback did not play in the season opener against Eastern Illinois. 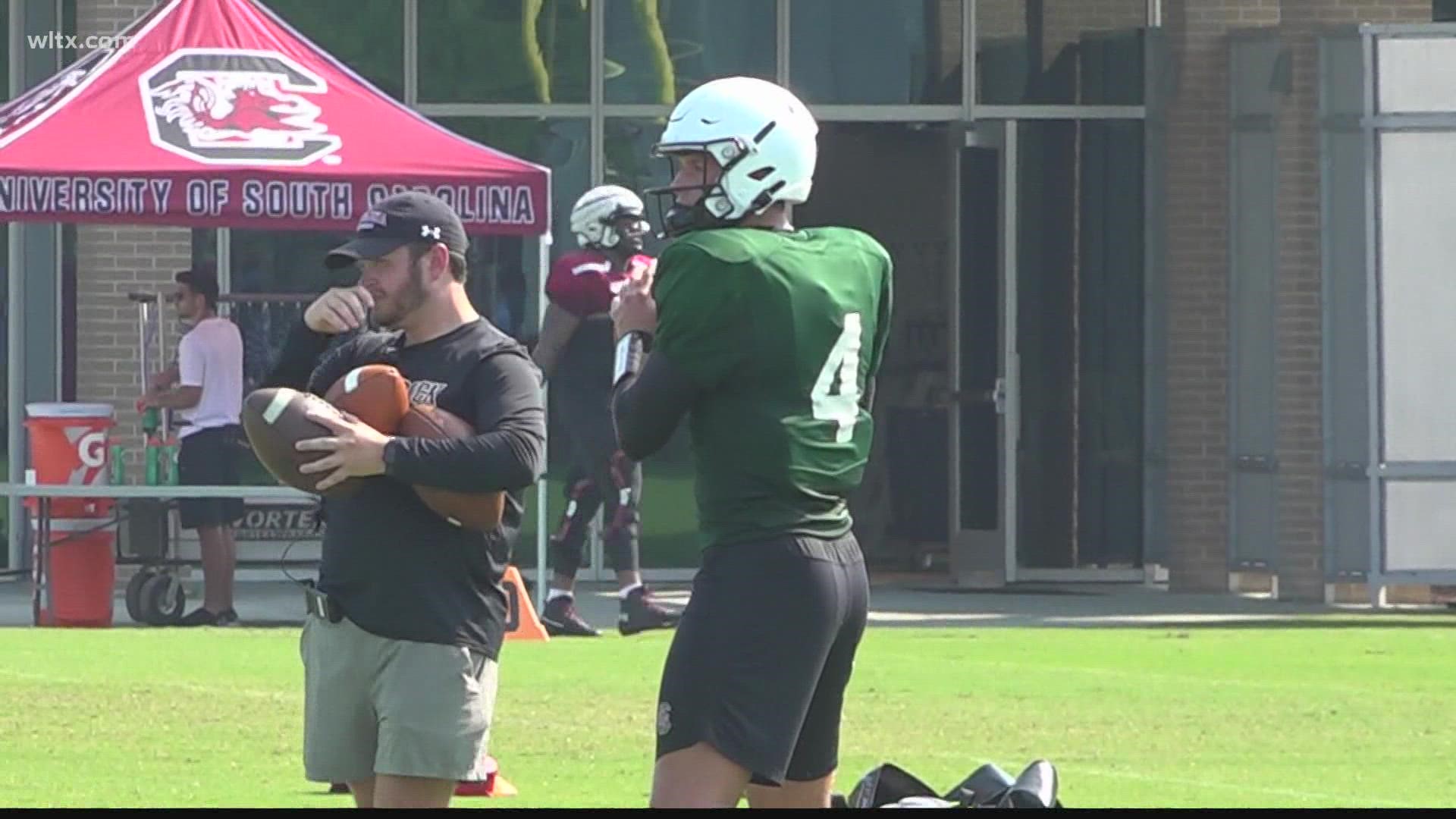 COLUMBIA, S.C. — After sitting out the Eastern Illinois game, South Carolina quarterback Luke Doty is almost back at full strength since suffering a sprained foot last month during a preseason practice.

The official depth chart says Zeb Noland or Doty will get the start against East Carolina. Noland got the call Saturday and was quite efficient as he was 13-of-21 passing for 121 yards and four touchdowns.

Doty watched from the sidelines but said Tuesday he could have played, but instead took the night off, giving his foot another week to heal.

“I feel like I’m pretty close. I did a lot of stuff today in practice and it felt good, so it’s definitely been a good recovery," Doty said.

"Still got a little ways to go, but I’m definitely getting there and feeling good about it.”

Head coach Shane Beamer says Doty's ability to escape pressure and make plays with his legs will be critical in the decision-making process concerning who will start at quarterback. So before Doty is turned loose, Beamer has some benchmarks that Doty needs to reach.

“For me, it’s that: can he run out there?," Beamer said Tuesday at his weekly regular season news conference.

"Luke can throw the football, don’t get me wrong, but Luke’s a weapon with his feet as well,” Shane Beamer said. East Carolina, they can fly on defense. One thing they can do is run. We don’t need anybody out there that can’t get themselves out of trouble and run around and move for one.”