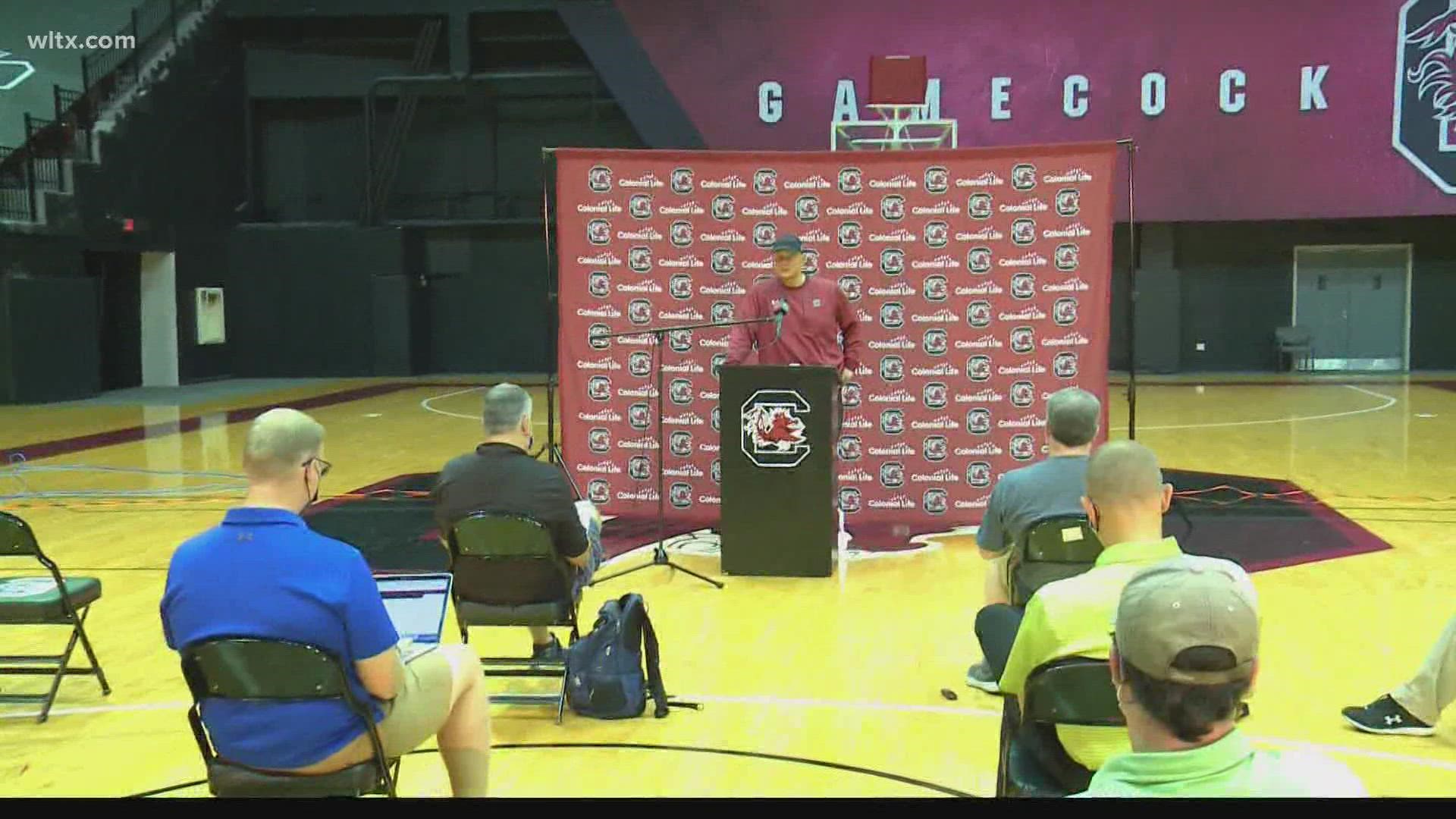 COLUMBIA, S.C. — During his preseason news conference on Thursday, South Carolina head basketball coach Frank Martin mentioned that while reporters were free to ask him about the disasterious 2020-2021 season, Martin did say he would likely be brief in his answers because "I'm over last season".

However, during the course of speaking at the podium, Martin did allow himself to talk about how the challenges of COVID and overseeing a team that was disconnected for most of the season. There were three work stoppages during the course of the season and Martin himself missed a road trip to LSU as he tested positive for COVID which he said "kicked my ass" last season.

But now, an overhauled roster and his own physical renewal has allowed the coach to use last season as a reminder that he's had a pretty solid career in the coaching profession and to appreciate the fact that his philosophy has a track record of success.

"I have a responsibility to my players. I didn't do my job the right way for my players last year," Martin said.

"I've got a responsibility to my staff. I didn't do my job the right way for my staff last year. There's a whole lot of people who depend on me to make decisons to make their lives better. I didn't do that last year. I realized how lucky I am that I've been able to do that for so long. It allowed me to re-center myself and be excited about what's in front of me. That's what I learned from last year. Not to feel sorry (for myself)."

The coach is genuinely excited because he feels like his team will play with the physicality that are trademarks of a Martin-coached team, something that had been missing the last couple of years.

Martin will unveil his new team on November 4 with an exhibition game against Benedict College.