Separation is a key to success

Head coach Will Muschamp would like to see more separation between his receivers and opposing defenders. 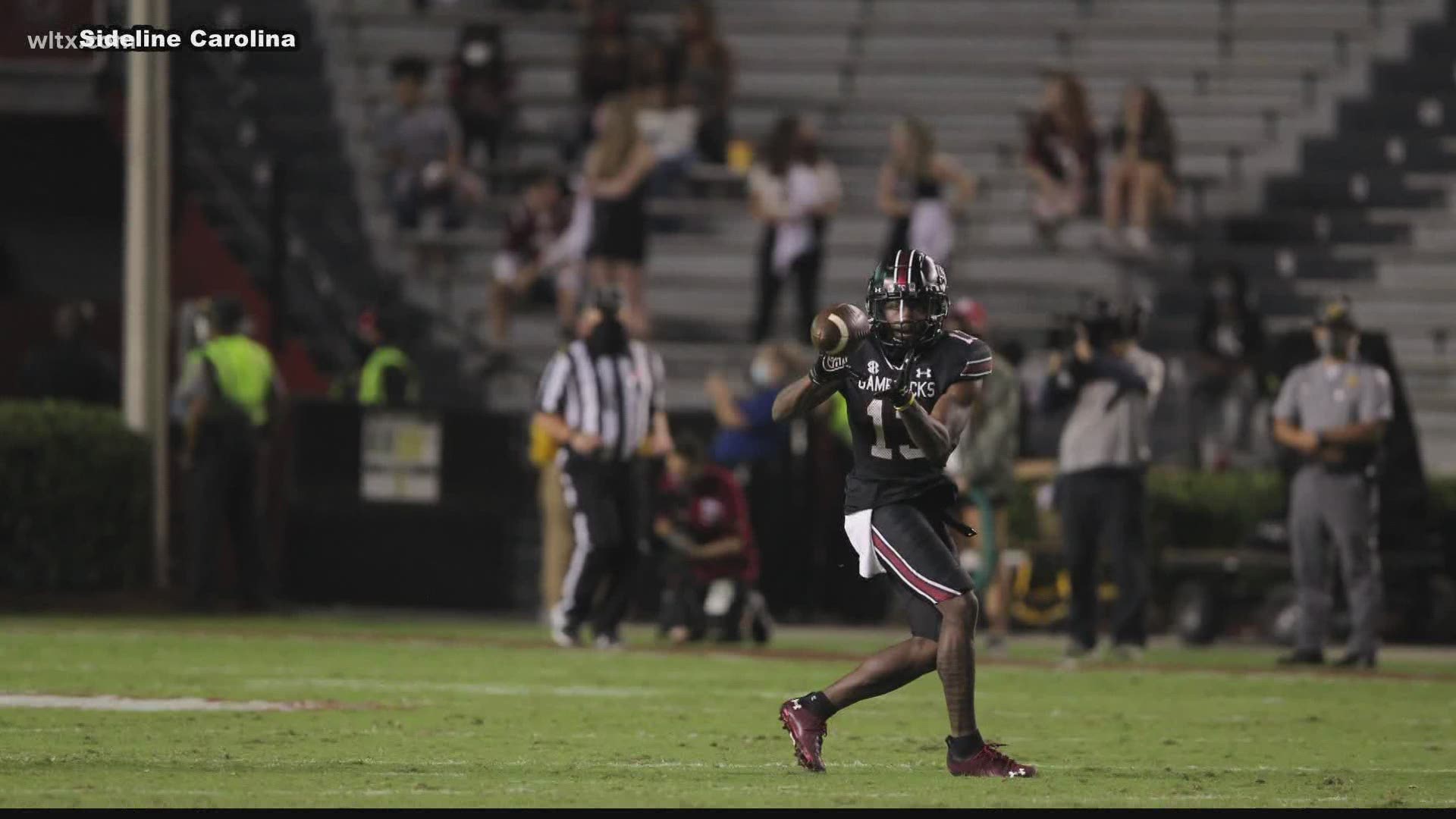 There was no doubt who was the Gamecocks' best downfield threat Saturday night against Tennessee.

Shi Smith scored on a 29-yard touchdown pass and ended up 10 catches for 140 yards.

But Smith and Xavier Leggette (4 catches for 61 yards) were the only players to find holes in the Tennessee secondary. For head coach Will Muschamp, he needs more receivers to take their game to the next level in one-on-one battles.

“You have to win in man coverage in this league,” Muschamp said.

“We had some guys targeted. If you can’t create separation, it’s hard to throw it to you. We’re not going to throw the ball to a guy that can’t get open. We’re going to see man coverage Saturday and we’re going to see it the rest of the year, in our league, especially in those deny-the-ball downs at third and six. You have to win versus man coverage."

Muschamp said Smith and Leggette were the only players who were able to create separation in spite of being challenged at the start of their routes.