Wilson Hall graduate works his way into the Gamecock lineup

Thomas Brown has been a consistent starter for a South Carolina squad that is one of 16 teams still competing for a national championship. 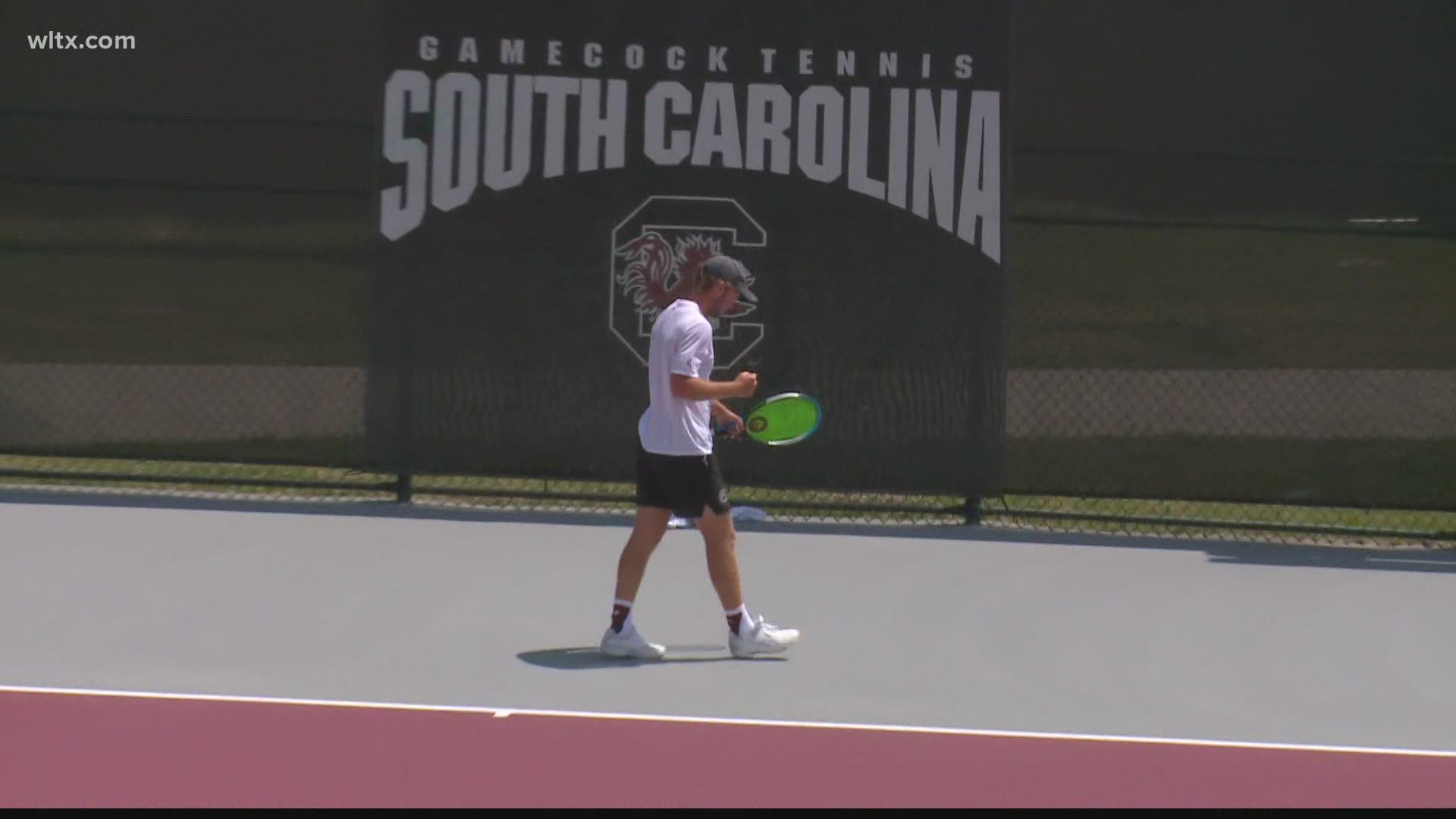 The South Carolina men's tennis team has reached a point of the season it has not reached since 2005 and that is reaching the NCAA Sweet 16.

The 13th-ranked Gamecocks swept through their regional last weekend with wins over UNC Wilmington and N.C. State.

While a lot of focus is on the team's heavy hitters at the top of the lineup, one of the feel good stories is at number six singles where a local product has worked his way into the lineup.

Wilson Hall graduate Thomas Brown currently has a 12-6 record as he has been a consistent contributor at number six singles.

South Carolina head coach Josh Goffi said he recalled meeting Brown when the 14-year-old came to one of the summer tennis camps. Brown had made it his goal to one day play for Carolina and told Goffi as much. The coach watched Brown put in the work and at Wilson Hall, Brown became a four-start prospect who was ranked 105th nationally. He won the singles title at the SCISA Open Tennis Tournament as a junior.

After signing with South Carolina, Brown had an injury plagued freshman season but since then, he has shown steady improvement each year. Brown will be on the court Monday at the USTA national campus for the Gamecocks' showdown with 2019 national champion Texas.