A bunker mentality for Will Muschamp

Gamecock head football coach Will Muschamp is under fire after back to back blowout losses. 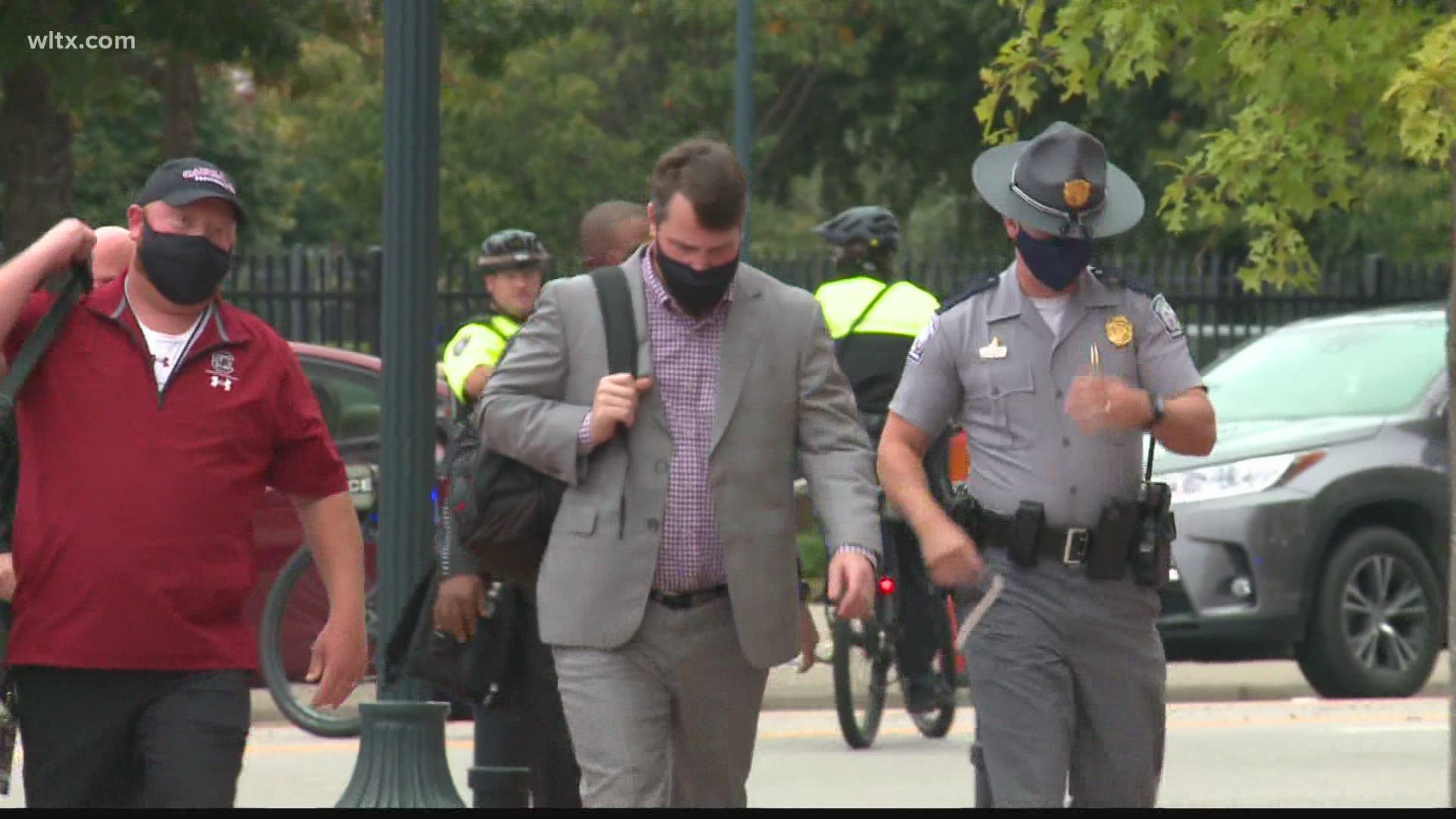 That was South Carolina head football coach Will Muschamp's one-second response to a question concerning his final years at Florida and what he learned in Gainesville that could help him in his current situation in Columbia. His response tells you as much as about the coach as anything. He would rather spend five hours in the film room than five minutes at a Gamecock Club meeting. But that's who South Carolina hired. A grinder who has been a high level assistant for Nick Saban and Mack Brown. But five games into his tenure at South Carolina and the good will from the 2017 Outback Bowl victory have long become just a foot note.

On Saturday, the Gamecocks suffered their worst home loss since 2003, a 48-3 defeat at the hands of a Texas A&M team which is ranked as high as fifth in the country.

That came after an open week and a 52-24 loss at LSU. So with his job status a hot topic, Muschamp's bunker mentality is to always stay focused on the next practice and the next game.

"At the end of the day, I always tell the guys we need to control what we can control, and that’s our preparation, and our preparation for Ole Miss, which has got a good football team," Muschamp said Tuesday during his Zoom news conference.

"We need to lock in and focus on those things, block out anything, whether it’s negative or positive. At the end of the day, when you’re winning games and everyone wants to pass you on the back, that can be a distraction as well."

Judging by the comments of Gamecock tight end Nick Muse, Muschamp still has the support of his players.

"Hopefully, the chance never comes, but I would take a bullet for Coach Muschamp," Muse said.

"That’s just how good of a person he is for me. That’s how I see him. I see him as a father-figure. He’s been nothing but respectful for me and he’s tried to help me through everything."