For the fifth time in school history, the Gilbert Indian Baseball team are State Champions! 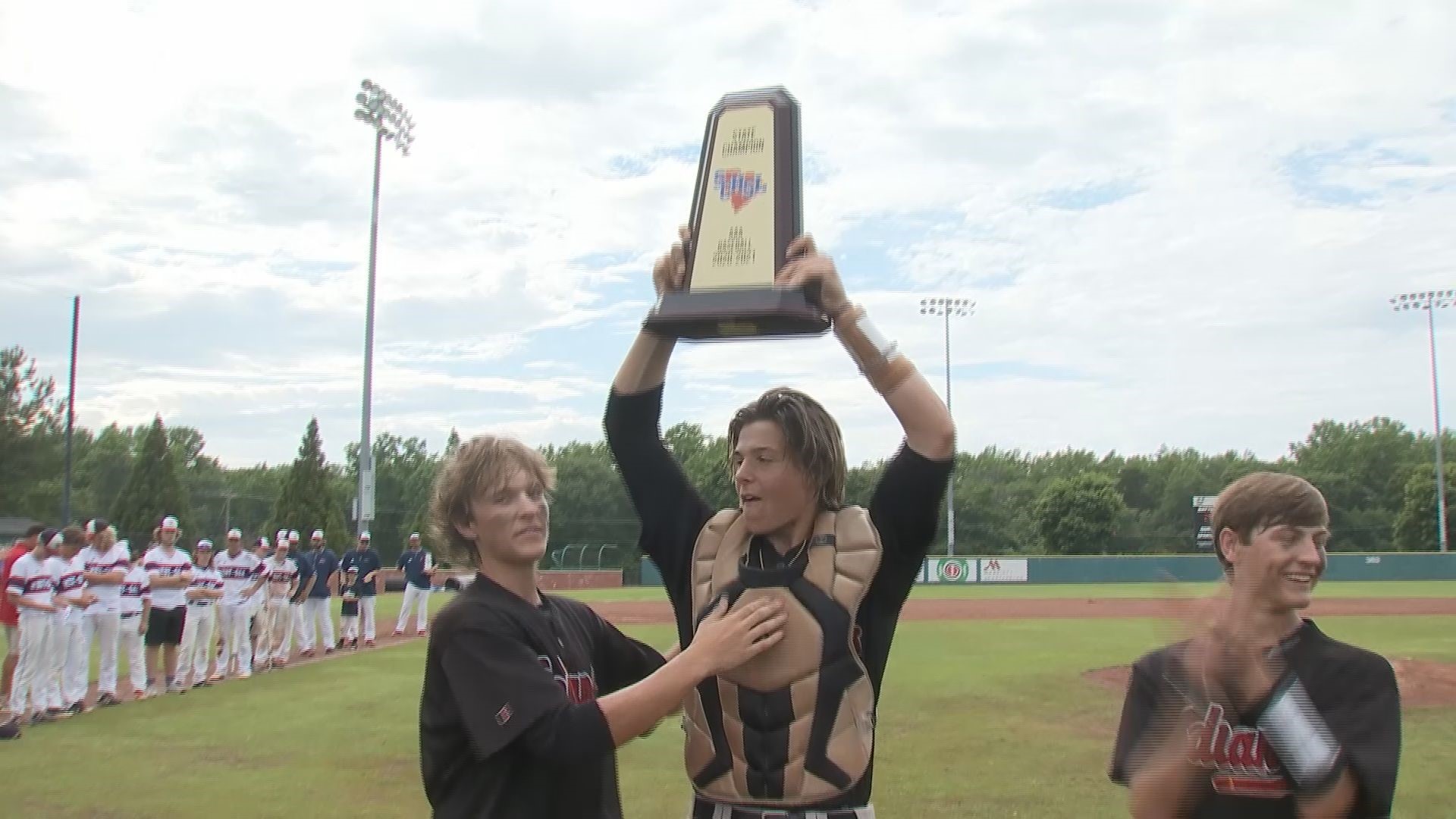 The Indians dominated West Oak 12-3 in Game three of the Class 3A State Championship, earning their first State Title since 2012.

The title is also the fourth State Championship at Gilbert for Head Coach Ashley Burnett.

The Indians jumped to a 6-0 lead in the first inning. Senior Ashby Vining had two home runs, including a two-run homer in inning one.

Game three was also delayed for nearly two hours before it could be finished.