Another PGA Tour event will tee off in the Palmetto State

South Carolina and golf in the Carolinas is in the middle of an incredible three-month span where marquee events have saturated the calendar. 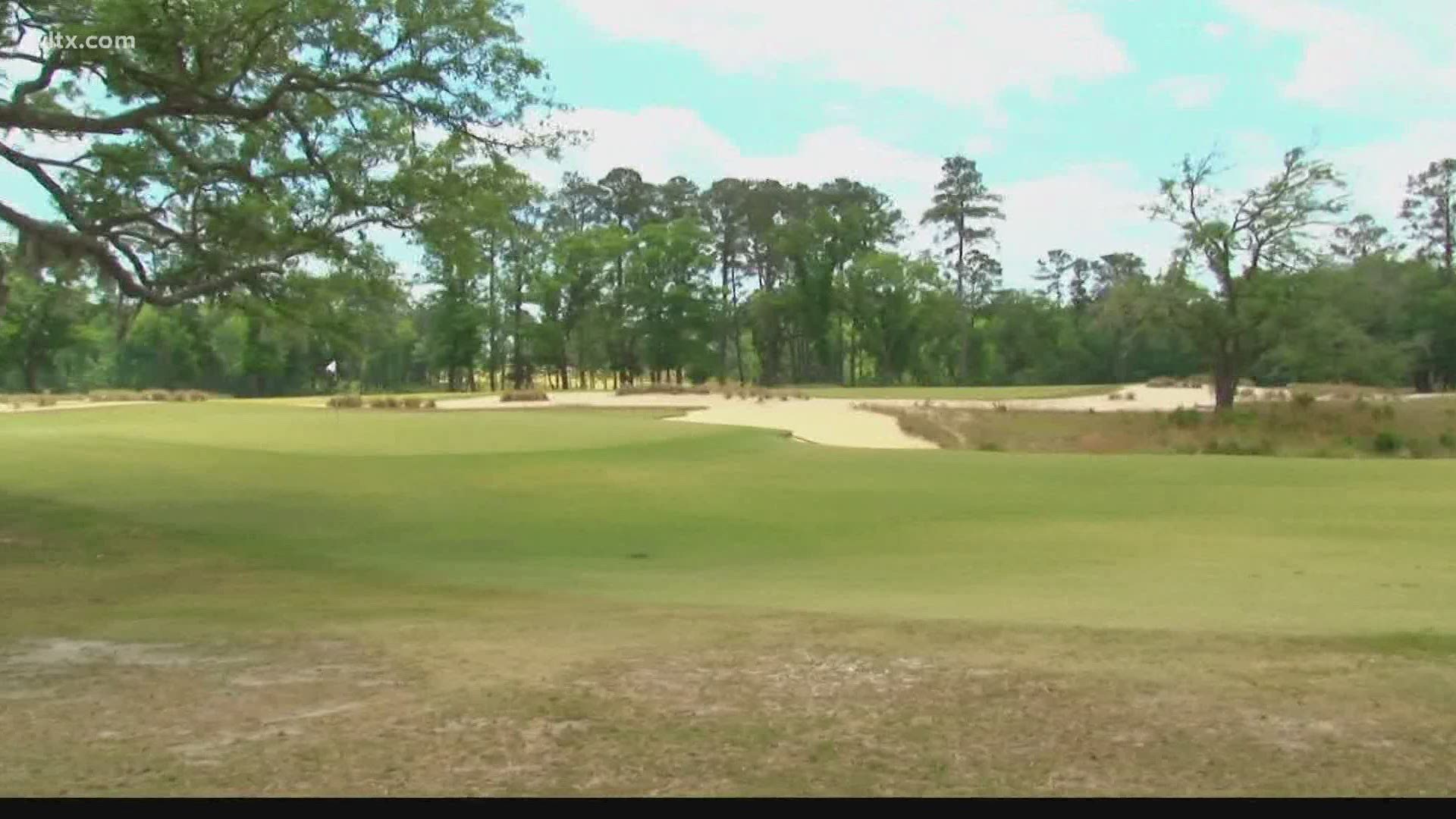 RIDGELAND, S.C. — When the Palmetto Championship at Congaree tees off next month in Ridgeland, it will mark the third marquee event in the state in a three month span.

The RBC Heritage returned to its tradtional April date and it was Stewart Cink winning for the third time at the Harbour Town Golf Links.

In less than two weeks, the PGA Championship will be hold at the Ocean Course on Kiawah Island.

Next month, the Congaree Golf Club in Ridgeland will host a one-time PGA Tour event to replace the RBC Canadian Open which is not being held in 2021 due to COVID-19 restrictions.

Lucas Glover, the former Clemson All-American who has a U.S. Open on his resume, was at the course to help tournament officials preview the event which received a big boost with world's top-ranked golfer committing to play in the event. Dutch Fork graduate Dustin Johnson will headline the field for the tournament which will be held the week before the U.S. Open.