Steve Spurrier looks back on his career in Columbia

One of the newest inductees into the South Carolina Football of Fame, Steve Spurrier is the all-time winningest coach in Gainesville and Columbia. 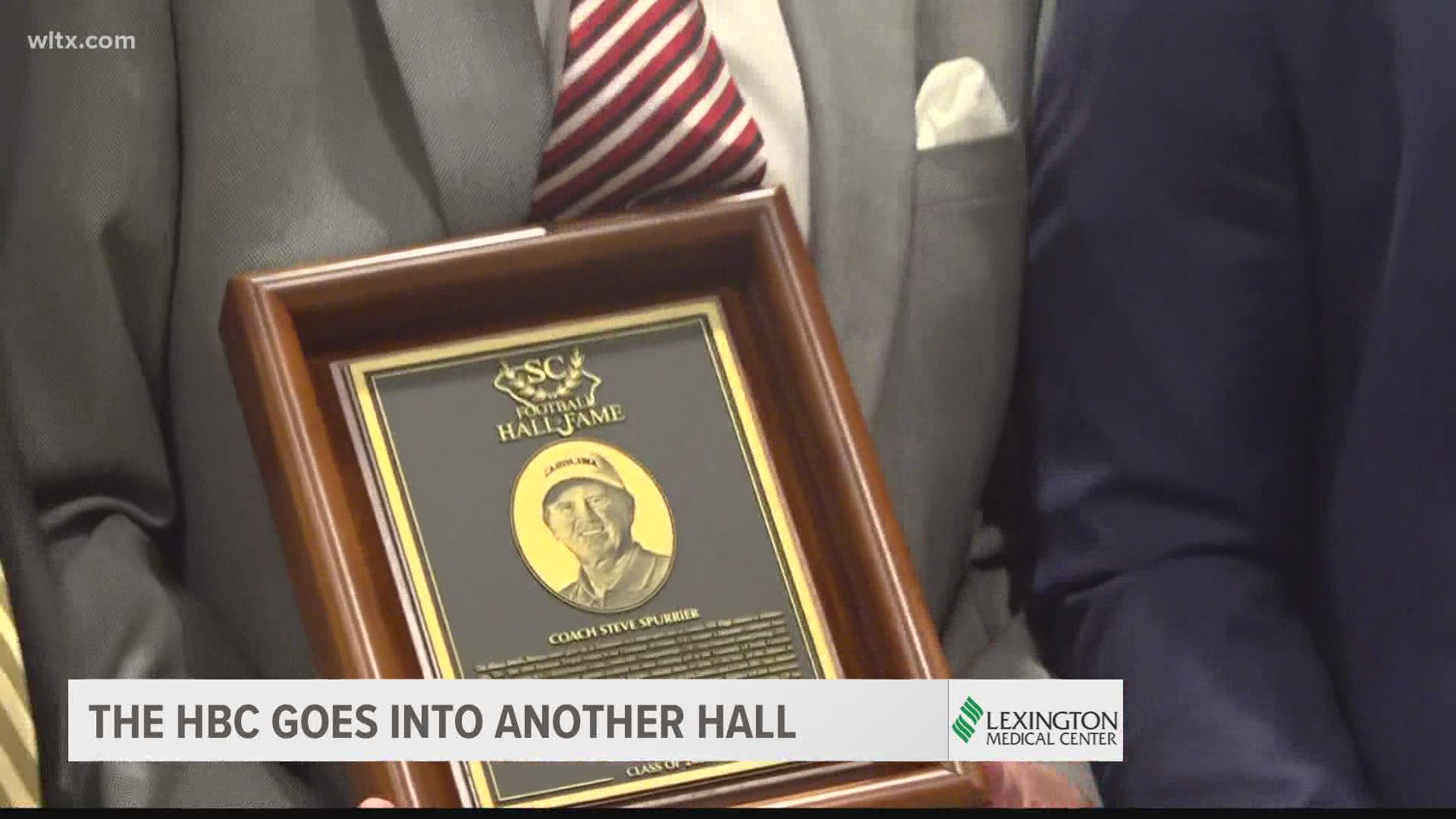 GREENVILLE, S.C. — As one of only four players to be in the College Football Hall of Fame as a player and a coach, Steve Spurrier has been inducted into several Halls of Fame.

He added another one this week as he was part of the 2020 class of the South Carolina Football Hall of Fame which was inducted in a ceremony in Greenville. The 2020 class had to wait to be inducted as last year's gathering was canceled due to COVID-19.

Spurrier won a national championship at Florida and is that program's all-time winningest coach after winning a Heisman Trophy there as a player.

After a brief fling with the NFL, Spurrier came to Columbia and took what he said was his only job offer. While his exit is not how he hoped it would transpire, he did leave at the top of the win list. That record-breaking career victory total was helped by three consecutive 11-win seasons (2011-2013).

Spurrier said those three years prove that South Carolina can be relevant in football on a national scale.