The Falcons put together a dominating run capped off by a pair of run-rule wins in the Class AAAA state finals. 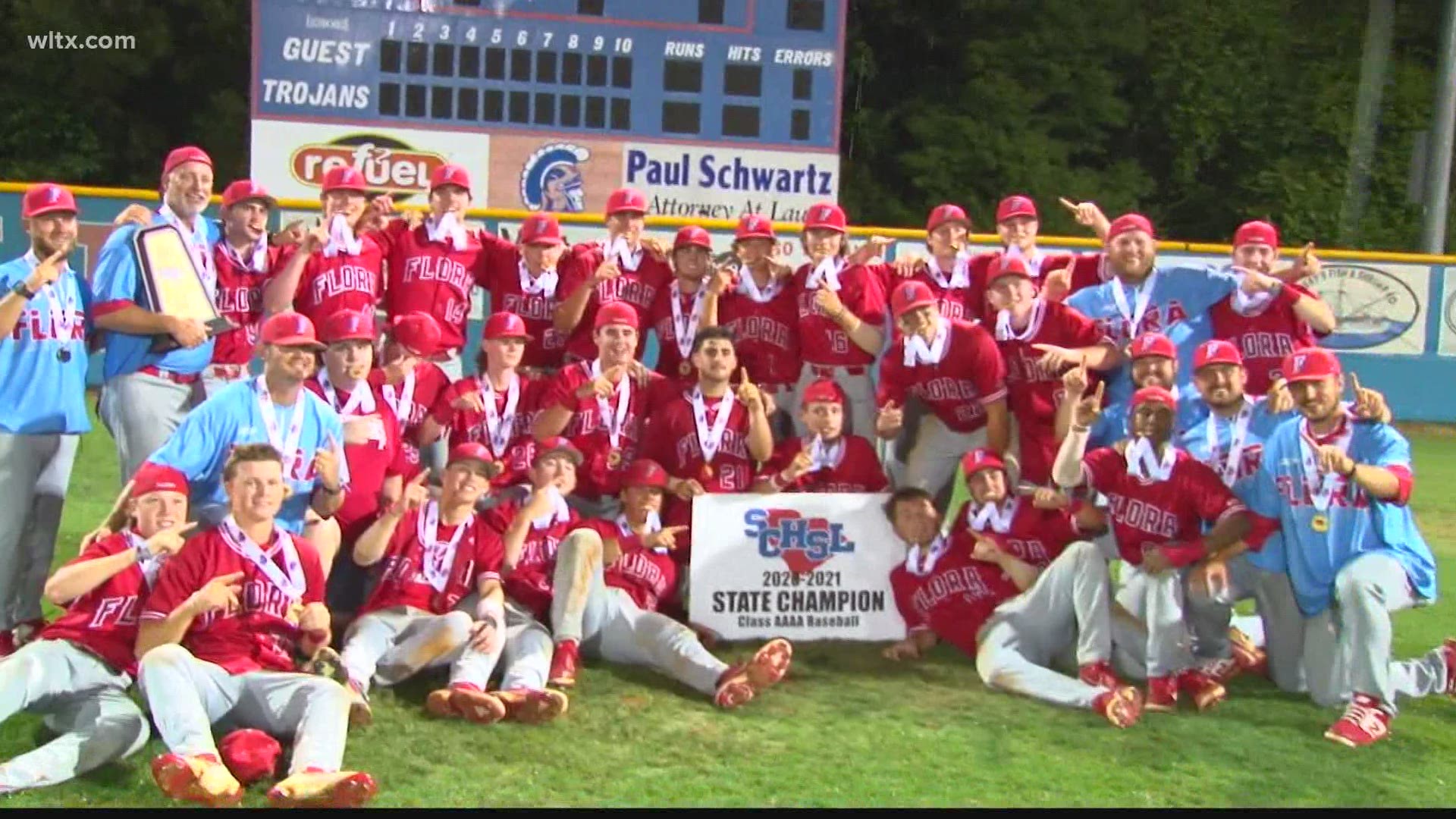 A.C. Flora has been the top ranked team in Class 4A throughout the season and the Falcons certainly played like it in this first week in June.

In the 4A state championship series, the Falcons did now allow a run to James Island, winning 14-4 in five innings in game one on Tuesday and 10-0 in the six innings in game two on Thursday.

By sweeping the best-of-three series 2-0, A.C. Flora won its seventh state championship under head coach Andy Hallett who led the Falcons to their fifth title in the last nine years.