Jeff Whalen has been courtside leading Highlander hoops for the past 22 seasons. 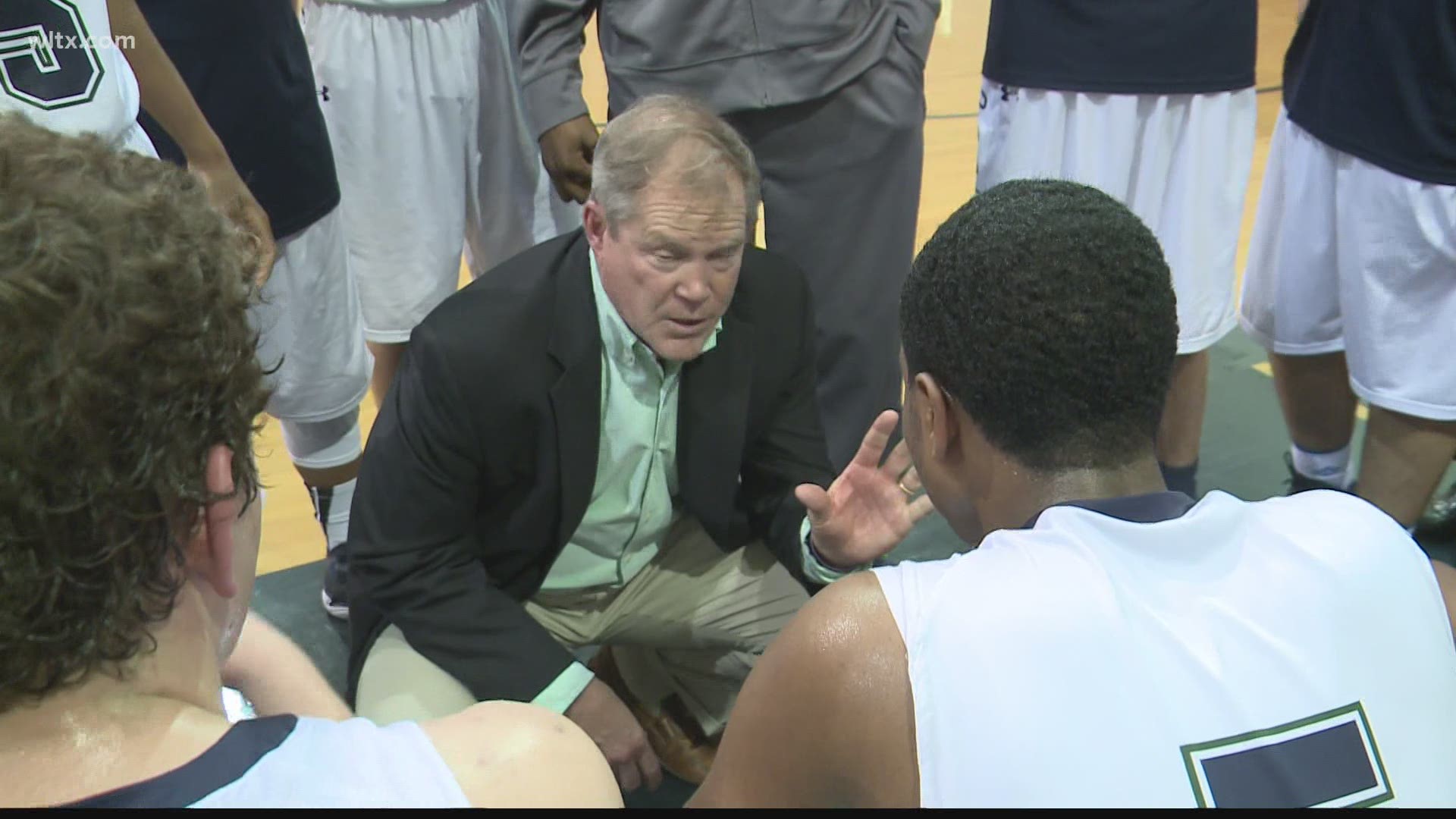 One of the premier basketball coaches in the SCISA ranks is retiring at the end of the 2020-2021 campaign.

Jeff Whalen, who has been in charge of the Heathwood Hall basketball program for the past 22 seasons, will make the upcoming season his last.

Whalen also serves as the athletics director at Heathwood Hall.

In 1987, Jeff made his first stop at Heathwood Hall where he was an assistant football coach, serving as defensive coordinator. He also was the head girls basketball coach.

Two years later, Jeff moved to Cardinal Newman where he was the athletics director, head football coach, head boys basketball coach and head golf coach. During his four years working off Forest Drive, Whalen led the Cardinals to the school's only football state championship. His basketball team also made the state finals game during his tenure there, only to lose to Heathwood Hall.

Whalen wrote the following letter to the Heathwood Hall community -

Dear Chris and Members of the Heathwood Community,

I have decided with the support of my family that is time for me to retire at the end of this school year from my position of Athletic Director and Basketball Coach at Heathwood Hall. I will leave with a heavy heart because the last 23 years have been some of the greatest in my life. Heathwood has afforded our family the chance for JD, Tyler, Brett, Mac, and Morgan to graduate as Highlanders and to help them be the successes that they are today. Heathwood has also allowed me to grow as a professional.

Making this decision has been a difficult one for me, but it is also a day of reflection and gratitude. Having the privilege of working as a teacher/coach has been a tremendous honor. During the last 43 years (25 overall at Heathwood), I have pursued success while trying to uphold the standards that my parents, grandparents, teachers, and coaches instilled in me from a very early age. It has been an honor to represent my family, the athletes that I have coached, and the schools where I have worked. I knew in 6th grade that I wanted to teach and coach, and I have been lucky to have lived that dream.

I could not have done my job without the support of my wife Karen and our five boys. Karen has been there by my side for the last 35 years. She has been my number one fan even when I have come home tired and miserable. She has been there with the same smile and loving hug whether we won or lost. I also want to thank my five boys for their unending support. Having the privilege of coaching them in basketball let me spend quality time with them, but I also missed many things that they were involved in when they were younger, so it is now time to catch up on some of those things, and also time to spend more time with my family around the country.

To my teaching/coaching colleagues, the successes that we have accomplished have been because of the time and commitment that you have put in. I appreciate all that you do, and I know that there will be many more successes in the future. I could not have done my job without your unwavering support.
I also want to thank all of the parents of the young people that I have coached and taught for allowing me the privilege of working with your children. I have often said that I feel that I have won the lottery thousands of times because that is the feeling you get when you see a child succeed.

To all of the special people who have put so many hours into the Highlander Club, especially those who have served as presidents of the club- thank you!

The support of the Heathwood community has been a family affair, and for that I am extremely thankful. I am sure that I have made many mistakes over the years, but I did try to learn from those and hopefully that made me a better person.

I have and will always believe in Heathwood and what it stands for. I will be your biggest supporter as we move forward, and it is my hope that we will continue to cross paths.