The Saluda Tigers defeat Silver Bluff 61-41 in the Class AA state championship. It's the first title for the girls basketball program at Saluda. 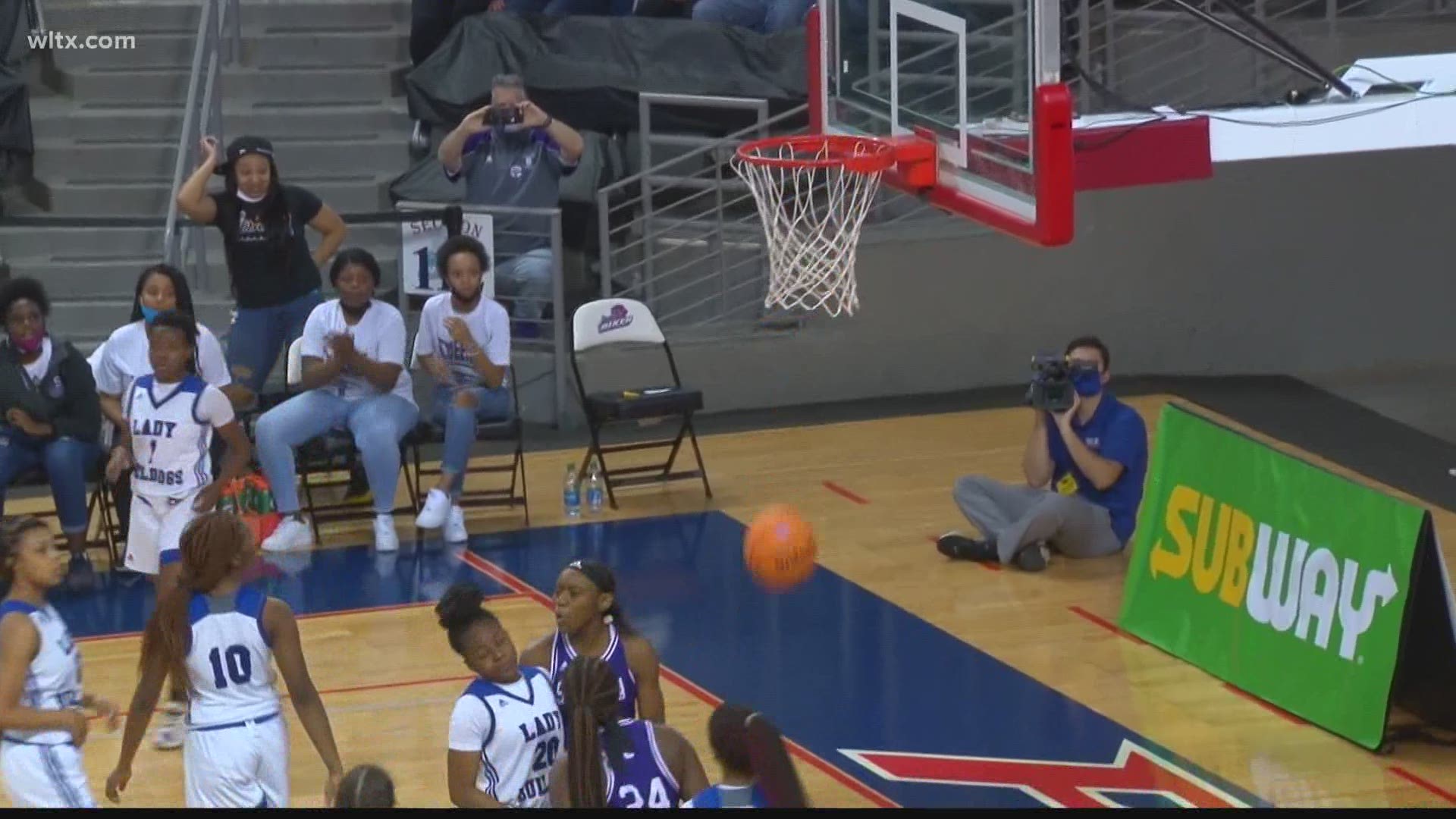 AIKEN, S.C. — Kalisha Hill recorded game highs of 34 points and 20 rebounds to lead Saluda to a 61-41 victory over Silver Bluff in the Class 2A girls state championship game at the USC Aiken Convocation Center.

It is the first state title for that program which was in the state finals for the first time since 1954.

Mya Carroll added 10 points and Tiara Daniels chipped in nine points for the Tigers who lost to Christ Church in the 2020 2A Upper State finals.

But this year, the Tigers took two huge steps forward and in the process, added another major piece of hardware to the trophy case at Saluda High School.