Josh Beadle follows the lead of fellow Midlands products Tevin Mack and Clyde Trapp who have continued their career at Clemson. 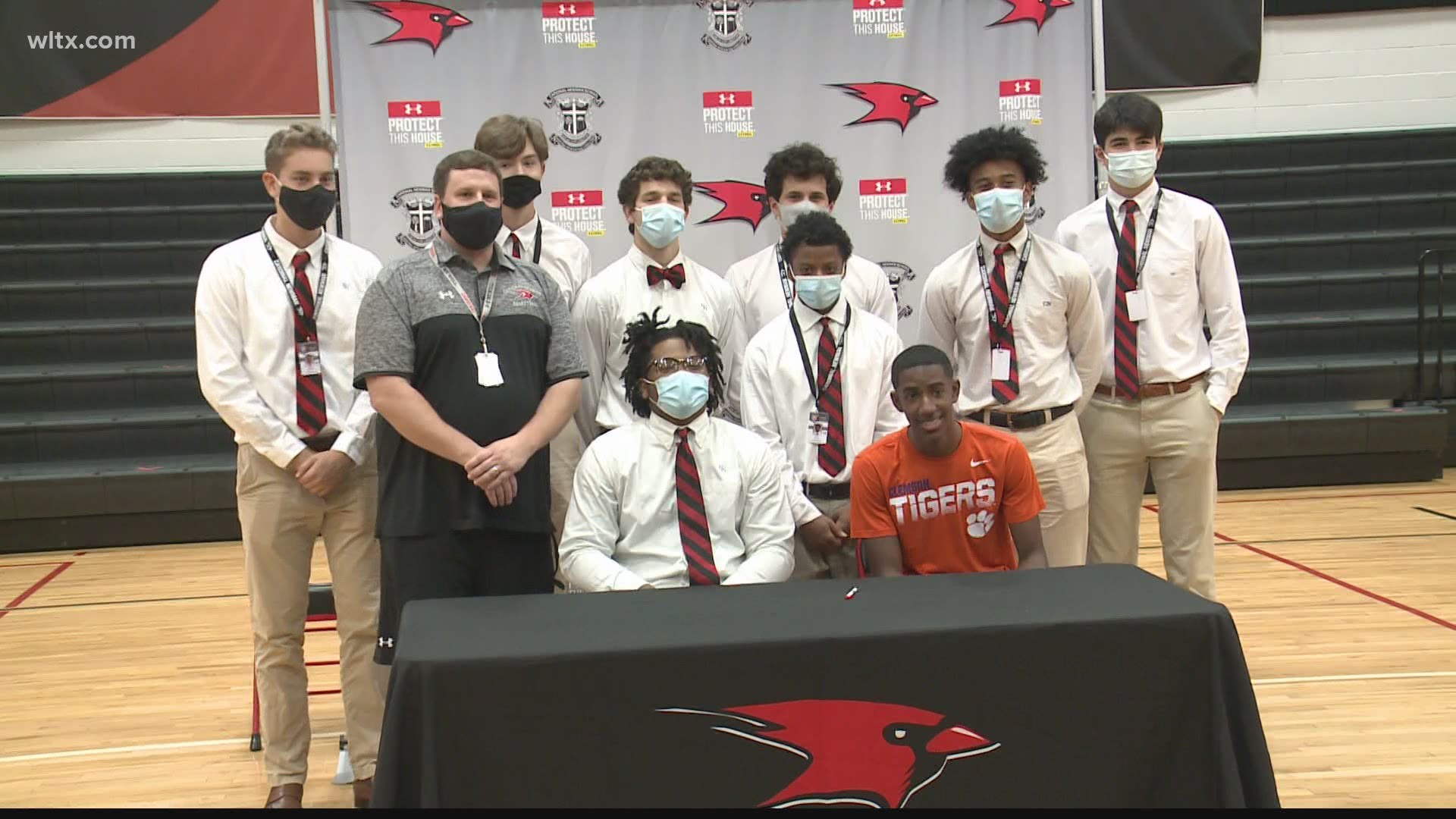 Cardinal Newman has won the last two SCISA 3A state championships and a big reason for the Cardinal's success has been Josh Beadle. The 6-3 guard committed to Clemson in June. Wednesday marked the first day of the early signing period and Beadle took full advantage as he signed his letter of intent to play basketball at Clemson.

Beadle led the Cardinals with a 16.9 points per game average. At Clemson, he will be able to play the point or shooting guard position.

The former News19 Player of the Week will likely major in business. He says Clemson "check all of his boxes" and that includes a strong academic reputation and playing hoops in the ACC. He also says he has developed a strong relationship with head coach Brad Brownell and that played a major role in his decision to commit to Clemson back in the summer.