Former News19 Player of the Week Joshua Beadle has publicly unveiled the five schools who are the finalists for his services at the next level. 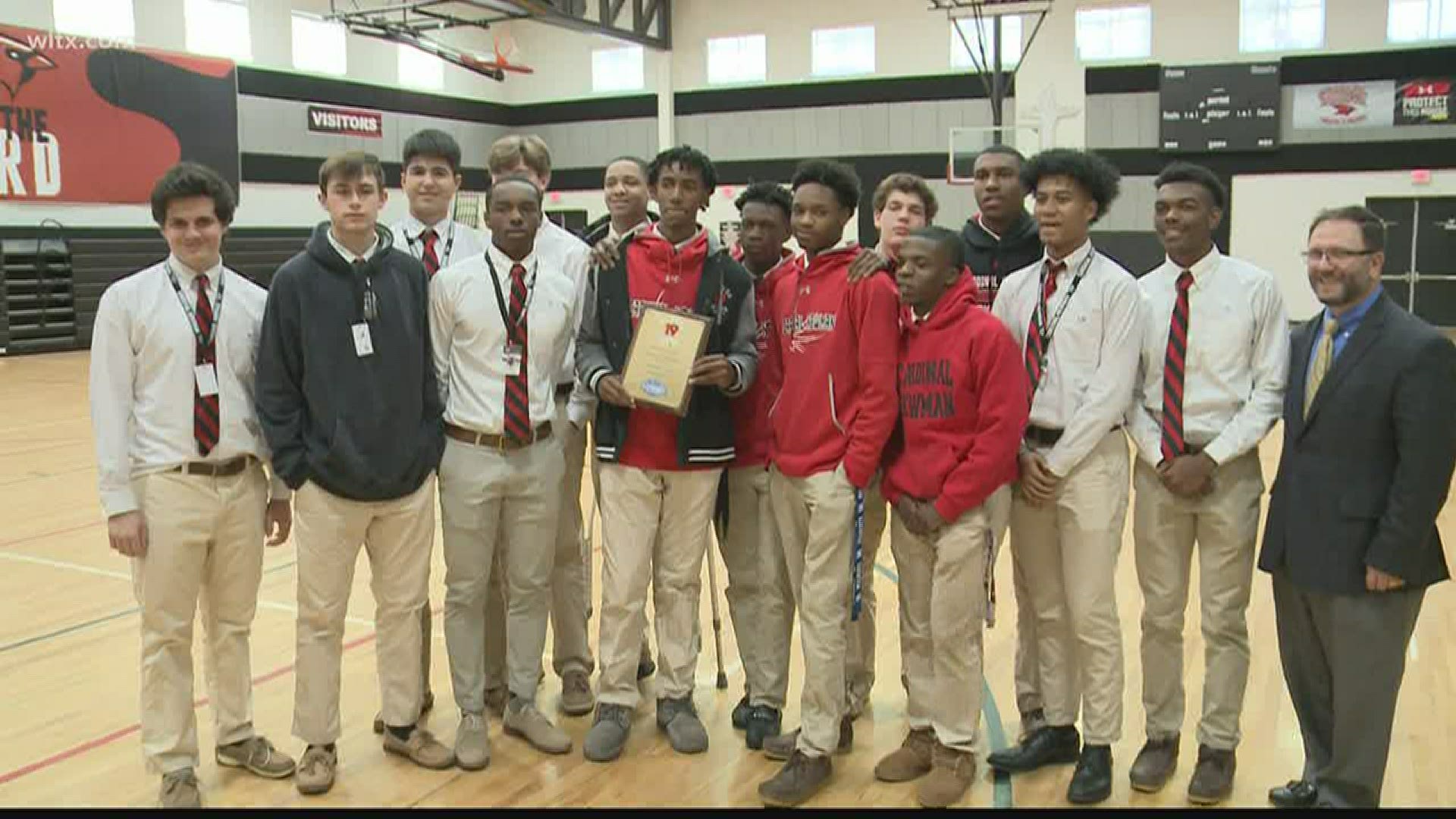 One of the top players in the Palmetto State for the Class of 2021 has released a list of his top five schools.

Cardinal Newman rising senior guard Joshua Beadle says he will choose from a group of schools that includes the College of Charleston, Clemson, Furman, VCU and Wake Forest.

Beadle missed some time down the stretch with a high ankle sprain but he came back in time to help the Cardinals win their second consecutive SCISA 3A state championship. Beadle averaged 16.9 points, 6.2 rebounds  and 3.8 assists. The 6-3 Beadle can play point guard or shooting guard.

Clemson and Wake Forest might be the top two candidates for Beadle's services. Brad Brownell has been recruiting Beadle since his freshman season, while Wake Forest has two Irmo grads on the new Steve Forbes staff in BJ McKie and Brooks Savage. McKie played at South Carolina and is the program's all-time leading scorer.