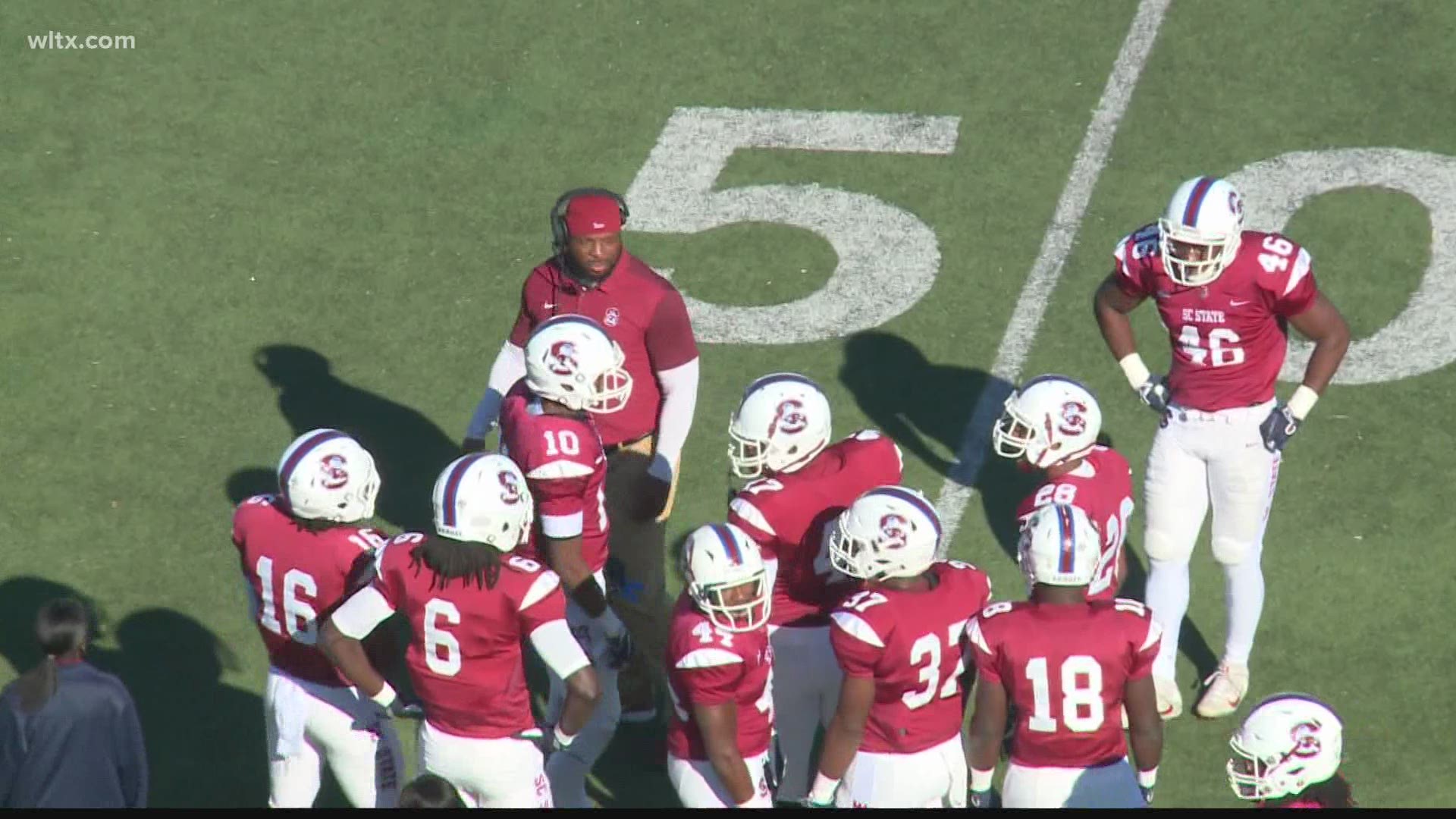 A Dreher graduate who starred in football and baseball, Jenkins was a first round draft pick by the Boston Red Sox in 1995. Once his baseball career ended in 1999, he enrolled at USC where Lou Holtz played him at quarterback, fullback, safety and linebacker. He played mostly at quarterback but in 2003, the Miami Dolphins drafted him as a linebacker in the sixth round of the NFL Draft.

Jenkins' first organized coaching experience on the field was from from 2010-2012 at Gray Military Academy.

After working as assistant football strength and conditioning coach at South Carolina from 2016-2018, Jenkins was hired by South Carolina State to coach tight ends and fullbacks. He spent the last two seasons on Buddy Pough's staff in Orangeburg and was part of the 2019 team which won a share of the MEAC championship.

With that league pushing fall sports back to the spring, Jenkins is making a move back to the high school ranks where he will be working this fall.