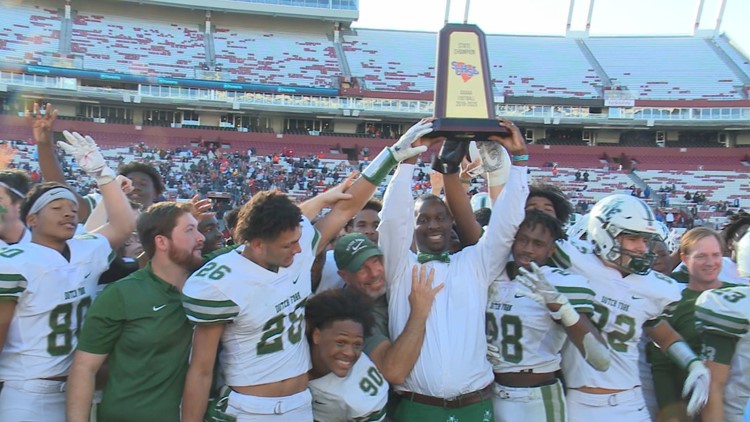 Dutch Fork will kick off the 2020 season in Charlotte

The Dutch Fork Silver Foxes will kick off the season as part of the new Charlotte Kickoff Weekend powered by OrthoCarolina.

The event is a tripleheader and will feature three state champions from the 2019 campaign.

Before he came to the Palmetto State, Dutch Fork head coach Tom Knotts was a fixture in the Charlotte area. He took over the program at Harding High School in 1983 and eventually won a state championships at West Charlotte in 1995 and six at Independence from 2000-2006. He spent 26 years as a head coach in that city.

The first game of the Charlotte Kickoff Weekend will take place Wednesday, August 19 at 7:00 p.m. and will feature Myers Park vs Mallard Creek.

The event picks up again on Saturday with the Dutch Fork/Vance game.

The third game of the event will take place following Dutch Fork's game with Vance. Weddington will face Ardrey Kell at 8:00 p.m.

A portion of the proceeds from the event will benefit the participating teams and Charlotte-Mecklenburg Schools Middle School Athletics.