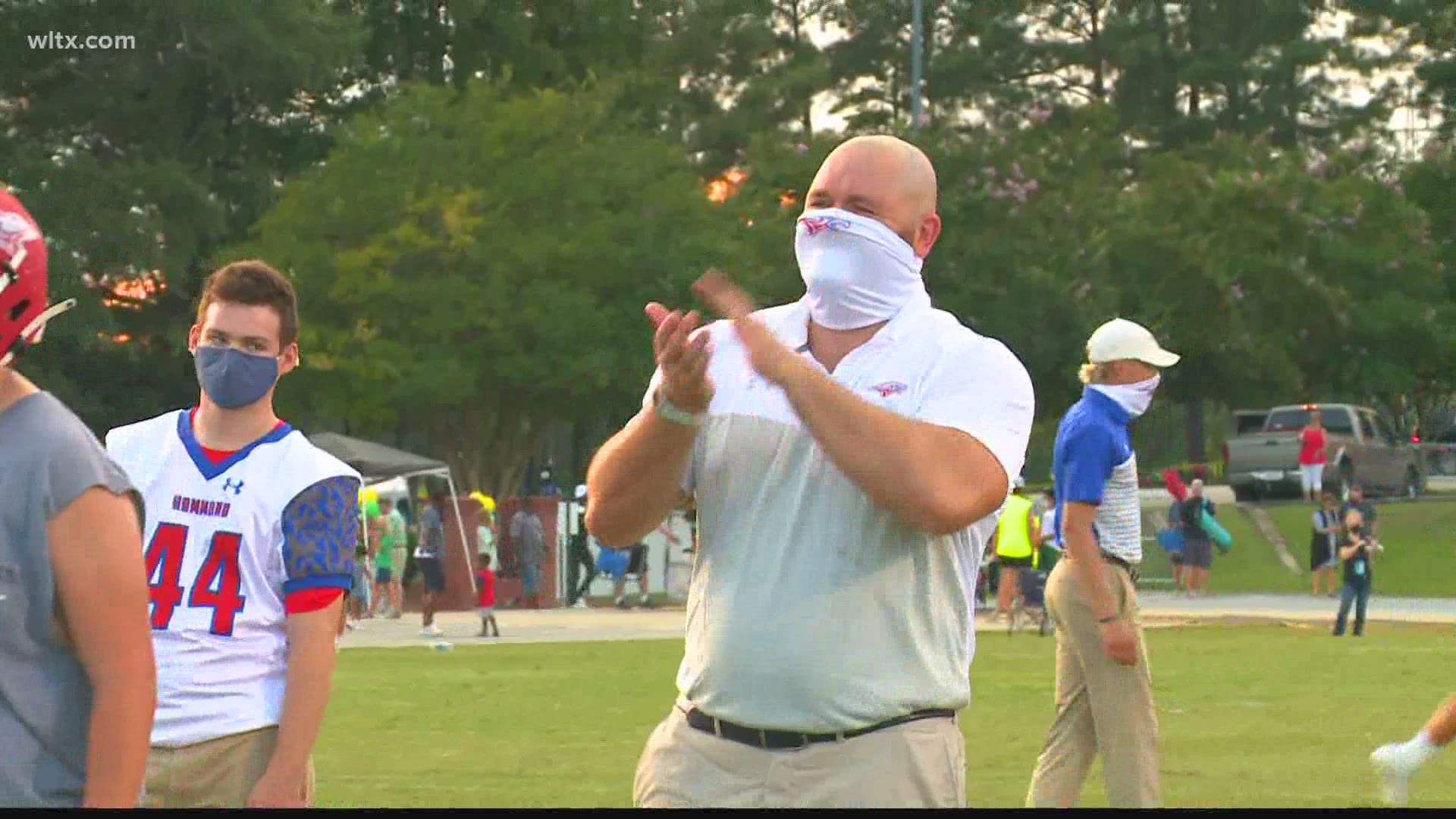 If you are scoring at home, there are six former Gamecock football players on the Hammond staff. Garrett Anderson joined the Hammond program in August. A Dutch Fork graduate, Anderson played under Bill Kimrey who is also an assistant coach with the Skyhawks working with his son, head coach Erik Kimrey.

But Anderson is the first person from the Steve Spurrier era who has been hired by the Skyhawks. He played primarily at center at USC from 2006-2009. After a very brief time in camp with the Green Bay Packers, Garrett began his coaching career. He was a graduate assistant at New Mexico State before returning to the Palmetto State where he worked at Spartanburg High School, winning a state title under former head coach Chris Miller. Garrett also had stops at Dutch Fork Middle School, Palmetto Prep and now Hammond.

Anderson says his days under the HBC gave him tremendous insight as to how coaches try to motivate their players. Garrett said Spurrier's ability to push just the right buttons explains why he is the all-time winningest coach at USC and Florida. Film sessions with the entire team could be brutal when Spurrier's sarcasm took over the room as he commanded the session with the clicker.

"You know it's your play because he is starting it and stopping it when you starting moving, when you are "penguining" and sliding over the field," Anderson recalls.

But that embarrassment would motivate Anderson to come back at the next practice and prove to Spurrier that he did indeed want to do what was necessary to be an outstanding offensive lineman.

Anderson currently works in real estate and is based in Irmo. He says the team aspect in that environment is a perfect complement to his love of football where everyone works together for a common goal.