Knotts enjoys the life as a high school coach

The Dutch Fork head coach has experienced life in as a college football coach and knows which side of the coaching fence he prefers. 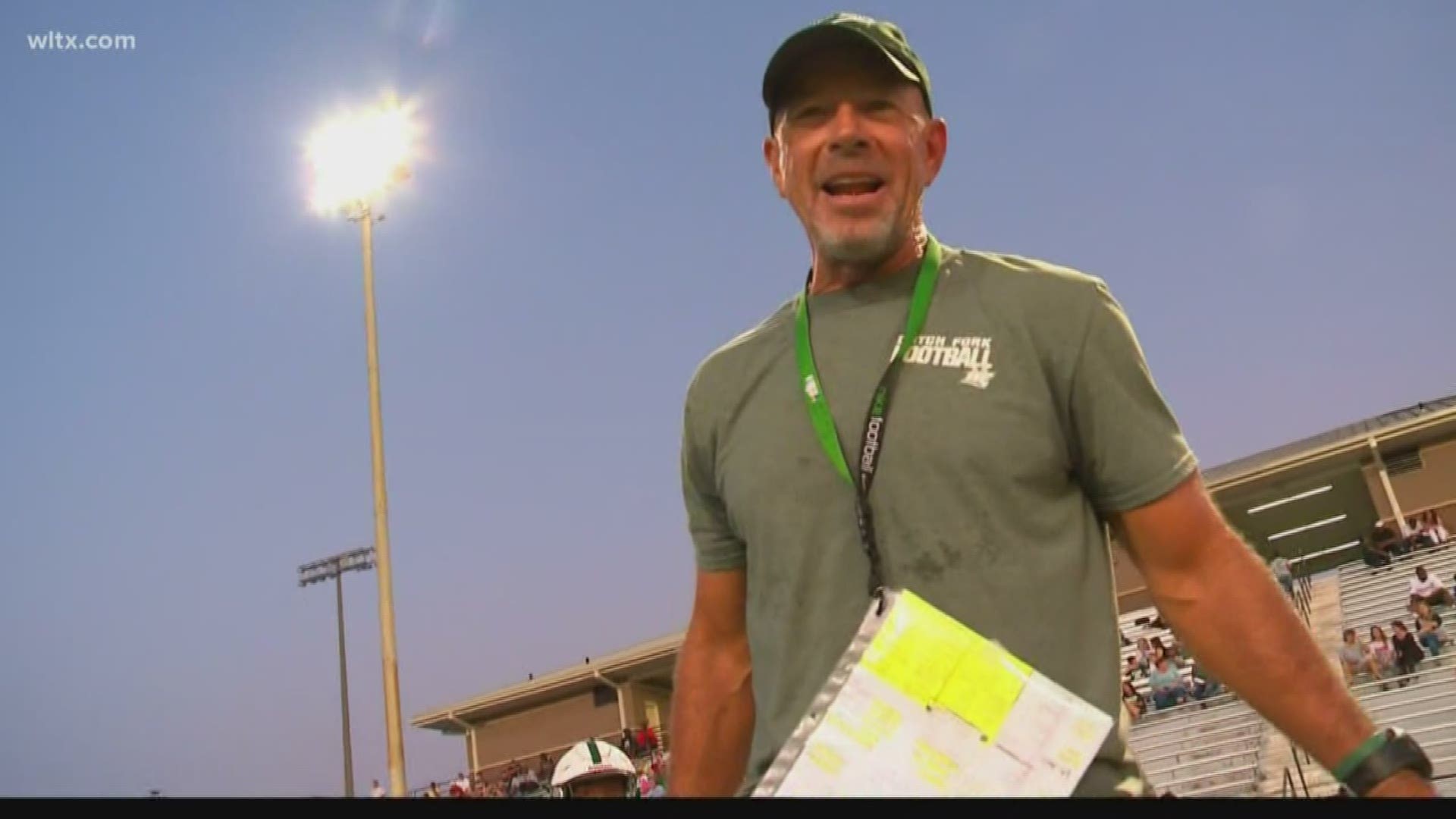 Tom Knotts could have pursued a career in college coaching.

A former player at Duke, the Dutch Fork head football coach started his coaching career as a graduate assistant at his alma mater. After winning four state championships at Independence High School in Charlotte, Knotts joined Ted Roof's staff at Duke where he coached the quarterbacks.

After one frustrating year in 2004 where the Blue Devils went 2-9, Knotts returned to Independence HS where he would win a couple of more state titles before leaving in 2010 to take over the program at Dutch Fork.

Knotts says the lifestyle of a college coach did not suit his personality as one who likes to run an efficient practice and meeting schedule. In other words, not a second is wasted and once the work is over, it's time to go home and get ready for the next day. In his one year at Duke, he says there was a lot of wasted hours. Suddenly, his dream job wasn't any longer.

"The worst part was we honestly worked seven (a.m.) to midnight," Knotts recalls.

"We sat around and we were at the coach's beckon call. If he wanted to have a 10 o'clock meeting at night, we had a 10 o'clock meeting at night. I didn't quite understand that thing. I thought there needed to be more of a set schedule and we didn't have a great group of guys. We had some guys that had their own agendas and I'm a team guy and I'm a Duke guy,. So, it was hard for me not to see everybody on the same page."

On the high school level, Knotts gets to run things his way which suits his personality. But there is another element of high school football that Knotts enjoys.

"First of all, I like watching the kids from ninth grade to 12th grade and seeing how they change and how they grow," he said.

"The personal side apart from it, I like having my own ball of wax to mold how I want to. To do the things I want to and you have to have good people around you to buy into what your vision is. But I like running my own show."

A one-game return to an assistant's role

Last year, Knotts did return to a role as an assistant coach in the Touchstone Energy Cooperatives Bowl. He was the offensive coordinator for the South Team which defeated the North team 13-10 in the annual North vs South All-Star Game.

Knotts and the HBC?

Knotts also considered returning to the college ranks and it would have been at South Carolina. Just after the 2014 season, Knotts and Steve Spurrier kicked around the idea of Knotts joining the Gamecock staff in the event Steve Spurrier, Junior took another job. Knotts would have likely coached the receivers for Spurrier who like Knotts, worked at Duke. There would also have been a potential coordinator title for Knotts. Junior was the Gamecocks' passing game coordinator and co-offensive coordinator under his father.

The younger Spurrier remained in Columbia through the 2015 season and Knotts continued to build his program at Dutch Fork which will shoot for a fourth consecutive 5A state championship Saturday when it meets Dorman at high noon at Williams-Brice Stadium.