Jordan Burch all but signed, sealed and delivered

Hammond senior is coming to South Carolina but it's not official yet. 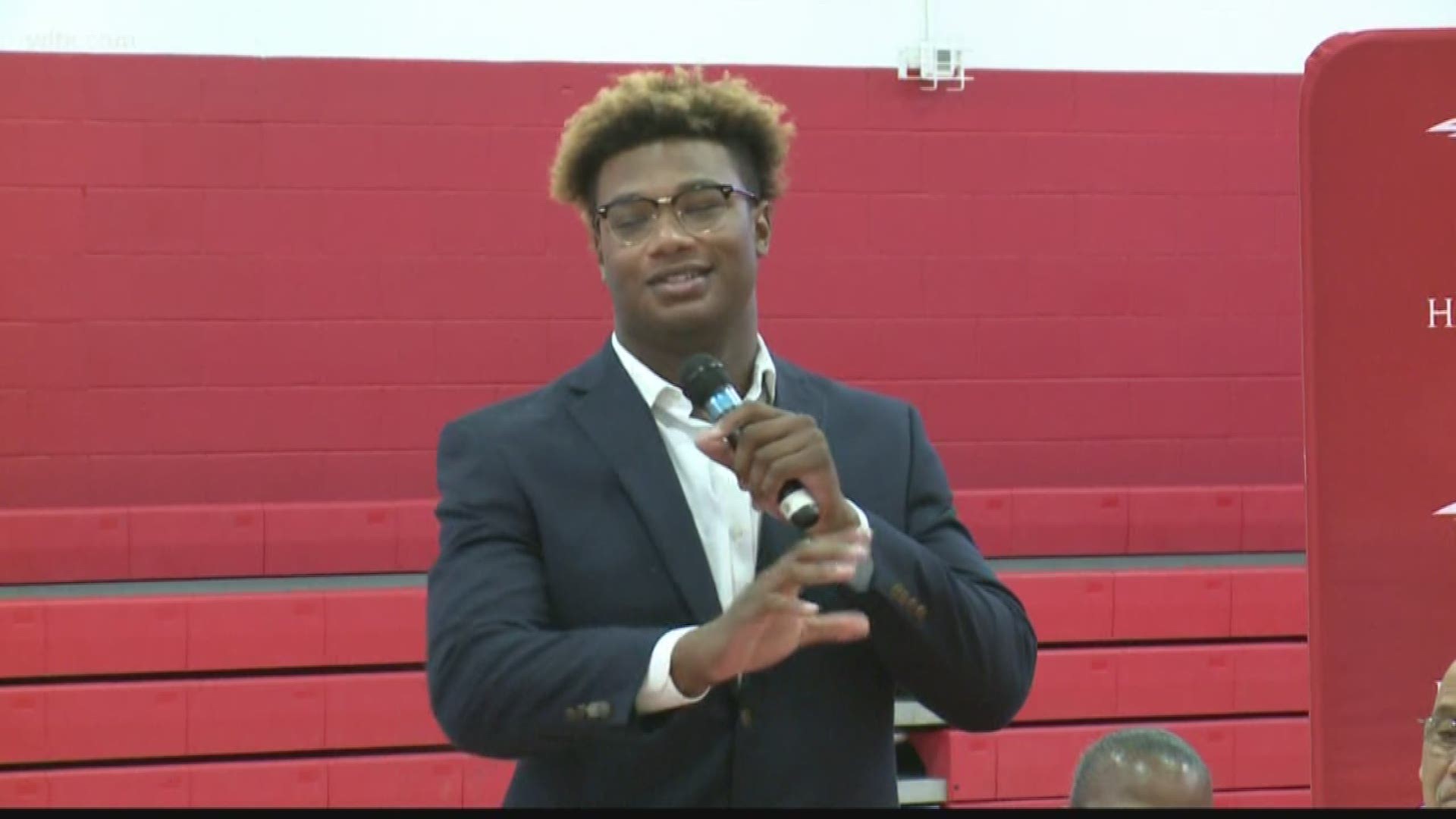 Jordan Burch did not pull out an LSU hat during Wednesday's ceremony at Hammond School,

The Gamecock commit and most high profile pledge for USC since Jadeveon Clowney had his Gamecock hat which he wore. But his national letter of intent had not been sent to the football office when head coach Will Muschamp started his 4:30 press conference to recap National Signing Day. As a result, Muschamp was not able to say anything publicly about the 5-star defensive end.

Burch, who is not a fan of public speaking, did not do any interviews after the ceremony. But he did say a few words to the students and teachers who were at the ceremony.

"For the next three or four years, I'll be with my friends," Burch said.

One of those friends is Gamecock signee and Hammond teammate Alex "Boogie" Huntley. The plan is for those two to be rooomates during their time at South Carolina. Two other Skyhawk players, defensive back Fabian Goodman and fullback Bradley Dunn will be walk-ons at South Carolina.