Hyatt has been a go-to receiver for Dutch Fork and is one of the top prospects in the country. 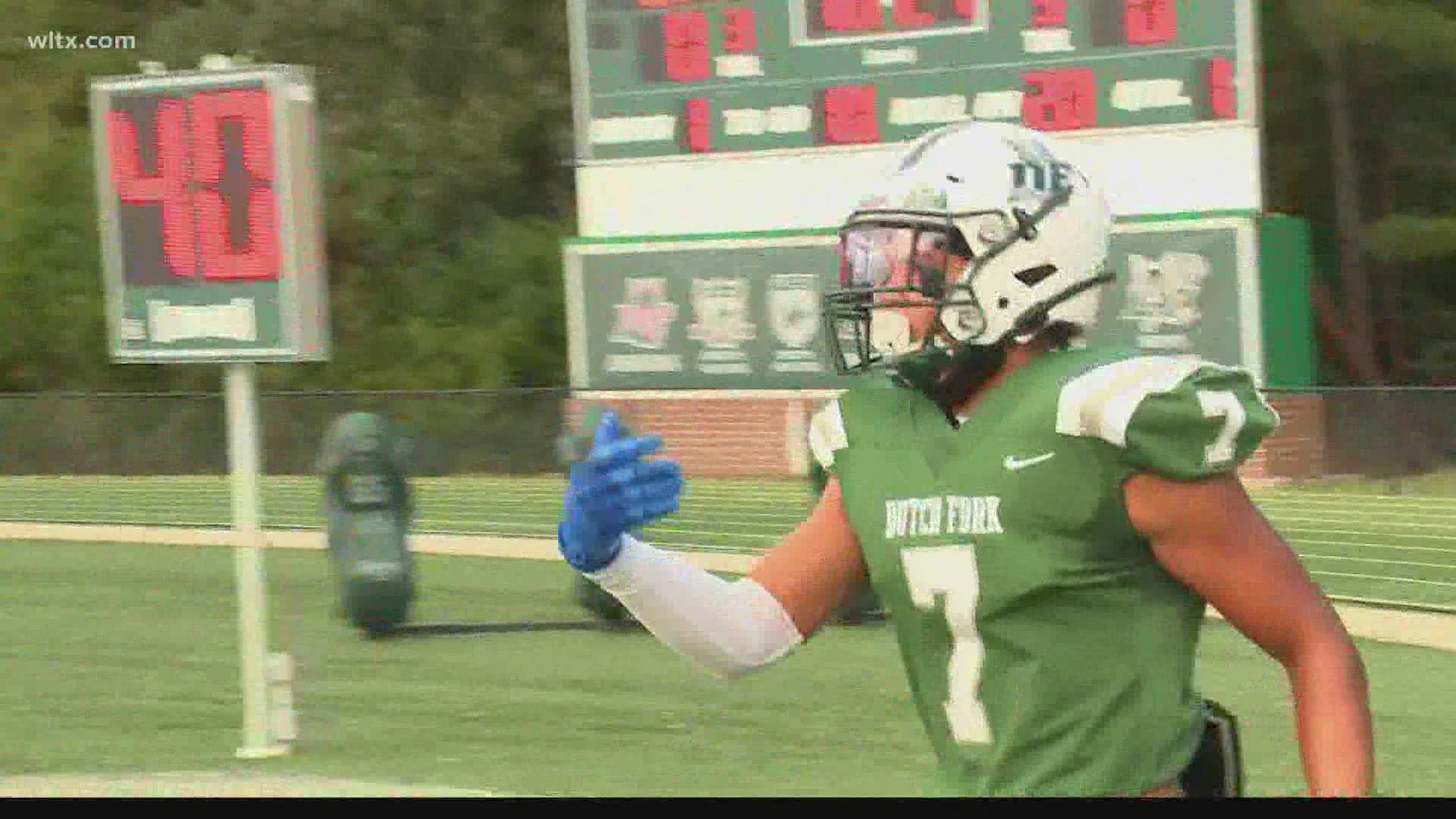 IRMO, S.C. — Dutch Fork's quest for a sixth consecutive 5A state championship will have to be completed without receiver Devin Hyatt.

One of the top wide receiver prospects in the country and the Palmetto State's second-ranked player will transfer to IMG Academy in Bradenton, Florida.

This past season, Hyatt recorded 13 catches for 228 yards and a touchdown. He had a 57-yard catch in the 5A state championship game against T.L.Hanna. But on that play, he suffered a broken collarbone from which he has since recovered.

The rising junior is following a similar path set by current Clemson defensive linemen Xavier Thomas and Demonte Capehart who starred in the Pee Dee before finishing up at IMG Academy. Thomas was at Wilson High School, while Capehart played at Hartsville.