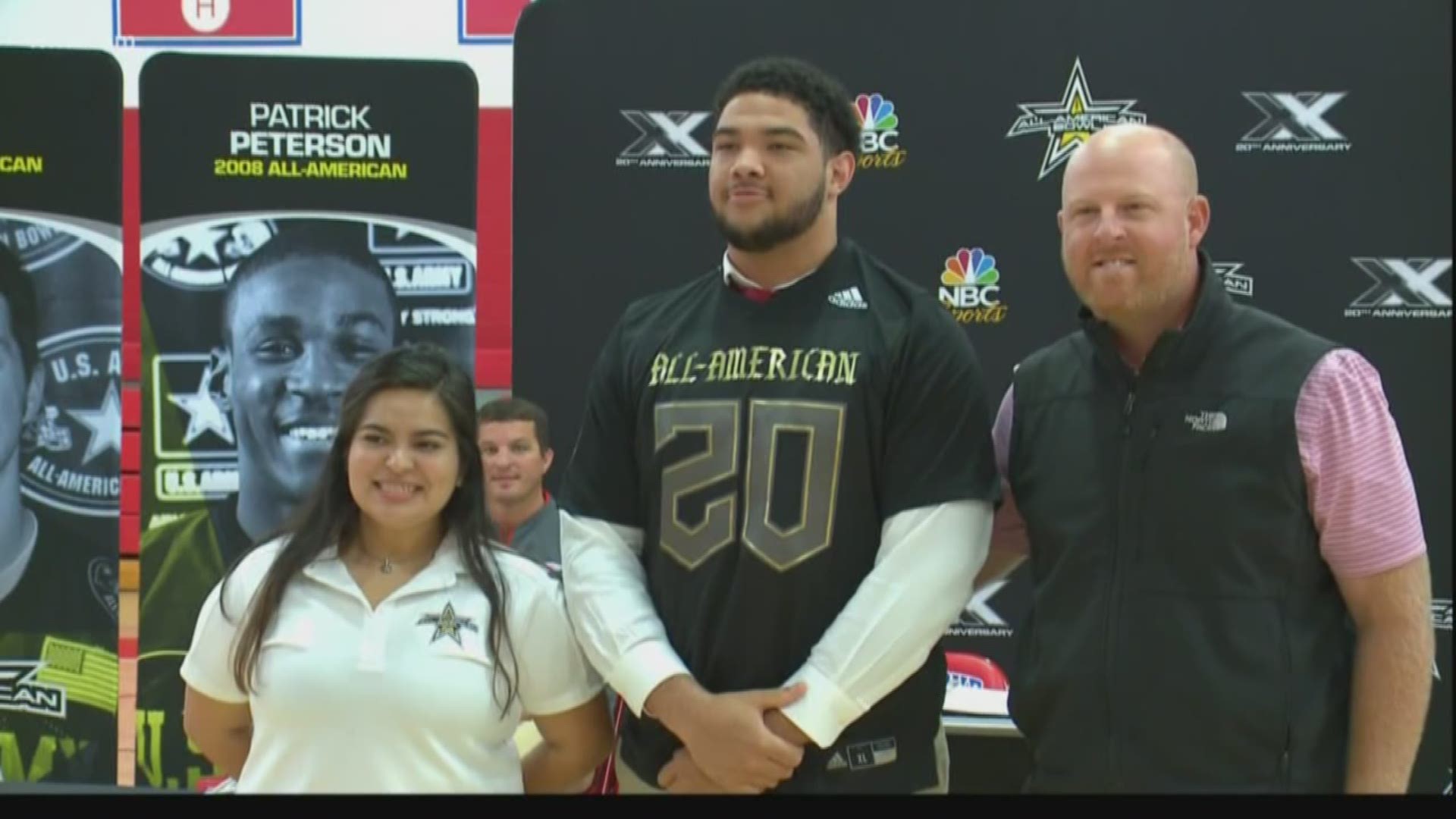 Alex Huntley doesn't plan on focusing just on football in his senior season at Hammond.

The defensive lineman and USC pledge took center stage at the gymnasium on Monday when he was presented with an honorary jersey for the All-American Bowl which is coming up in January.

One of the premier high school all-star games in the country, the All-American Bowl will take place in San Antonio and has seen the likes of Tim Tebow and Trevor Lawrence compete on that stage.

But this is just part of a busy senior season for the man known as "Boogie" who plans on playing basketball, lacrosse and he also may run track. Lacrosse could very well be his most natural sport but football is what is taking him to USC.

There is still a few games left in the season to deal with as Hammond looks to be the heavy favorite to win another SCISA 3A state championship.